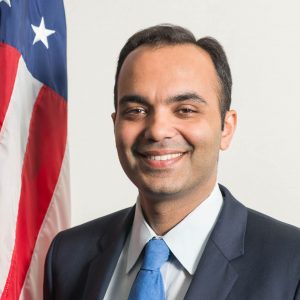 On Thursday afternoon, the U.S. Senate, in a tight 50-48 vote, approved the nomination of Rohit Chopra as the new Director of the Consumer Financial Protection Bureau (CFPB).

Chopra will assume the role of Director from Acting Director Dave Uejio, who was named to his position by President Biden on January 20, 2021.

“There is no better person to lead the Consumer Financial Protection Bureau at this time than Rohit Chopra, who helped establish the foundation for the CFPB in the aftermath of the 2008 financial crisis,” said Congresswoman Maxine Waters, Chairwoman of the House Committee on Financial Services. “In 2011, he joined the agency and served as the first Student Loan Ombudsman, working tirelessly to protect student borrowers. More recently, as a Commissioner on the Federal Trade Commission, he has fought for consumers against predatory actors and helped to scrutinize anti-competitive industries, like Big Tech.”

Chopra served as CFPB Assistant Director and was its first Student Loan Ombudsman before he was nominated to serve as Chairman of the Federal Trade Commission (FTC) in 2018.

During his tenure at the FTC, he pushed for aggressive remedies against lawbreaking companies, especially repeat offenders, and has worked to reverse the FTC’s reliance on no-money, no-fault settlements.

After the passage of the Dodd-Frank Wall Street Reform and Consumer Protection Act, Chopra joined the Department of the Treasury to launch the CFPB. He then served as Assistant Director of the CFPB, overseeing the agency’s student loan agenda.

Chopra later served as Special Advisor to the Secretary of Education to advance the Department’s efforts to improve student loan servicing, reduce unnecessary defaults, and bolster enforcement. He was also a Senior Fellow at the Consumer Federation of America, where he focused on consumer protection issues facing young people and military families, and a Visiting Fellow at the Roosevelt Institute.

Chopra is the recipient of multiple awards for his public service and contributions to the field of consumer finance. Prior to entering government, Chopra worked at McKinsey & Company, a global management consulting firm, where he worked in the financial services, health care, and consumer technology sectors.

He holds a BA from Harvard University, and an MBA from the Wharton School at the University of Pennsylvania, and was the recipient of a Fulbright Fellowship.

“Congratulations on your confirmation as Director of the @CFPB, Rohit @ChopraFTC!” said Sen. Elizabeth Warren via Twitter. “I worked closely with Rohit to set up the CFPB and fight for America's students. He is a terrific champion for consumers and will be a fearless leader of the Bureau. Let’s get to work!”

Rep. Waters added, “At a time when consumers need a strong watchdog, Mr. Chopra will be an advocate for working families. So, I congratulate Mr. Chopra on his confirmation and as Chairwoman of the Financial Services Committee, I look forward to working with him closely to better protect consumers.”

“The CFPB will have a leader who is ready to stand up to the biggest banks and the most powerful corporations to protect families, service members, students, and the elderly,” said Sen. Sherrod Brown, Chairman of the U.S. Senate Committee on Banking, Housing, and Urban Affairs. “Congratulations to Mr. Chopra. I applaud my colleagues for coming together to confirm this key nominee and look forward to working with Director Chopra to protect all consumers.”

Previous: Homes Continue to Outprice Millennial and First-Time Buyers
Next: Why Are Investors Souring on the Housing Market?