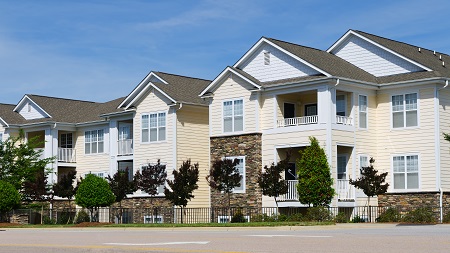 According to the new 2021 American Housing Survey released by the U.S. Department of Housing and Urban Development (HUD) and the U.S. Census Bureau, in general, 2020 and 2021 were good for homeowners but presented challenges for many renters.

Every two years, HUD and the Census Bureau produce the American Housing Survey (AHS), the most comprehensive analysis of the nation's housing inventory. The AHS covers a variety of important housing topics, including the composition and quality of the nation's housing stock; rents, mortgages and other housing costs; and neighborhood conditions. The AHS is used by the public, policymakers and professionals in many fields for research, planning, and decision making, as well as to understand the current state of our nation’s housing markets and how they have changed over time.

The American Housing Survey (AHS) is the largest regular national housing sample survey in the U.S. and tracks housing units over time. This can provide insight on how homes age and how the occupants of homes change. The 2021 American Housing Survey results released provides new insights on how consumer relationships with homes changed during the COVID-19 pandemic and associated lockdowns of 2020 and 2021 when compared to the data from before the pandemic.

Since the 2019 AHS survey was conducted, homeowners saw sharp increases in home values and were able to borrow at low interest rates. Renters, in contrast, experienced significant cost increases, such that the median renter now pays nearly the same as the median owner in total housing costs; however, owners have many more square feet per person, 800 square feet compared to 500 for renters. Homeowners were also able to move to a better home on average when they moved, while renters were just as likely to move to a better home as a worse home. Lower income households that moved had lower rates of moving to higher quality neighborhoods and housing units.

Inability to pay rent payments similar in 2021 to pre-pandemic; mortgage payment was better. The data show that in 2021 relative to 2017, renter inability to pay their rent was similar in the two years, about 7%, likely due to the CARES Act and other interventions, including federal unemployment insurance benefits and foreclosure and eviction moratoriums. In 2021, roughly 800,000 renters reported being threatened with an eviction. Of those, about 21% received a court ordered eviction notice. In 2021, the percentage of owners who missed or made late payments on their mortgage was less in 2021 than in 2017 —2.5% in 2021 compared to 4 percent in 2017.

The internet continues to increase as the primary way people are finding rental units. Between 2019 and 2021, 21 million households moved into rental units and 14 million households moved into owned units. The internet was more widely used to find a unit to rent —or 43%— in 2021 than in 2019 at 37%. Meanwhile, some 45% only searched in a single neighborhood.

A large majority of homes in Wildland-Urban Interface (WUI) zones are not well distanced from wildland vegetation; a majority depend on text messaging for wildfire emergencies. The last decade has seen an increase in large wildfires that have led to the destruction of many housing units. The 2021 data show that approximately 37 million homes are in Wildland-Urban Interface (WUI) zones. Of these, approximately 77% were in or near wildland vegetation, and 55% reported that they had vegetation less than 5 feet away from their home. Over 52% of households in WUI zones reported that they would expect to be alerted first through their cell phone (emergency alert, text, or call) during a wildfire emergency.

2022-09-30
Demetria Lester
Previous: A Guiding Light for Borrowers in Forbearance
Next: The Week Ahead: The State of the Subservicing Sector