What Ended the Decade-Long Rental Surge 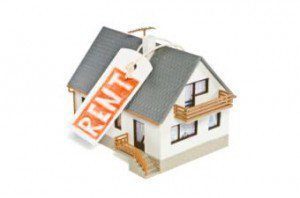 Following nearly a decade of increased focus on rentals following the housing boom, the pendulum is starting to swing the other way, according to Zillow Senior Economist Aaron Terrazas. According to Terrazas’s analysis of data from the U.S. Census Bureau’s Homeownership and Housing Vacancy Survey, the decade-long surge in rentership following the housing crisis and recovery came to an end in 2016.

The decade-long renter surge was driven mainly by the foreclosure crisis, as foreclosed families were forced to rent what they may have otherwise purchased.

“Even as the recovery has progressed, many of these families may still look to the flexibility provided by rentals as they move for new jobs or other opportunities,” said Terrazas on the rental surge at its height in 2015. “This continued demand is a welcome development among investors who bought huge numbers of distressed single-family homes at a steep discount during the recession and subsequently converted them to rentals.”

Though the surge ended in 2016, recent home price increases have driven some potential buyers to rentals, at least until prices stabilize. A higher demand in rentals over the summer caused rents to increase in some cities as well, according to a report from RentCafe. RentCafe indicated that a higher than normal number of renters this summer, notably college students, as well as more rent renewals were possible causes of the higher rents.

Find the data from Zillow here.

Previous: Why Homeownership Rates Lag in LGBT Communities
Next: The Impact of Population Growth

On this episode of DS5: Inside the Industry, Marcia Davies, COO of the Mortgage Bankers Association. Davies discusses how COVID-19 has put a strain on workers’ personal lives, as well as what businesses are doing to cope with this new normal.