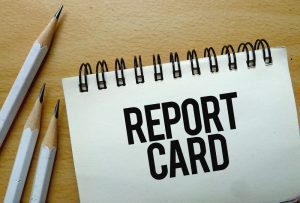 Don Layton, the former Chief Executive of Freddie Mac, harshly criticized the Financial Stability Oversight Council (FSOC) for its September 25 review of the secondary market. Layton suggested that the review lacked depth and scope in addressing what he perceived as the system’s shortcomings. He added some bits of praise, but generally offered a grade of "Fail" on the FSOC review.

In an op-ed piece published on the blog for Harvard University’s Joint Center for Housing Studies (JCHS), Layton referred to the FSOC review as “in modern slang, mostly a nothing-burger.” He found fault with the review’s absence of insight on the level of servicing to be done by banks and nonbanks, the systemic concentration of risk in Freddie Mac and Fannie Mae, and the problems the secondary market faced in the early days of the pandemic. He also wondered about the lack of mention on making mortgage servicing and compensation more stress-resistant and the risk and capital levels behind the mortgage insurance required on government-sponsored enterprise (GSE) loans carrying loan-to-value ratios of more than 80%.

“The document was astonishingly short at just four pages, and focused only on the two GSEs (the largest but hardly the only significant players in secondary mortgage markets) and then almost exclusively on just the proposed new GSE capital rule from the Federal Housing Finance Agency (FHFA), their regulator,” wrote Layton, who was Freddie Mac’s CEO from 2012 to 2019 and is now a senior industry fellow at the JCHS.

Layton gave a “F” grade to the FSOC for “very inadequate and limited set of comments, which are in no way a complete secondary mortgage market review” and a second “F” for doing “a U-turn somewhere along the way” and not delivering the level of review that he believed the subject demanded.

Layton praised the FSOC for encouraging the FHFA to require the GSEs “to be sufficiently capitalized to remain viable as going concerns during and after a severe economic downturn.” He noted the most recently available figures, from December 2018, that determined the GSEs would lose $43 billion in a severe adverse scenario. But he also questioned why the most recent data is nearly two years old.

“The severe adverse loss calculated for the GSEs has declined every year since the first calculation was done in 2013,” he stated. “It was expected to do so again and probably be materially less than $43 billion, for the stress test based on December 2019 figures, which should have been disclosed in August of this year, but mysteriously were not. This begs the question: why have the results not been made public? A number materially lower than $43 billion would make the case even stronger that the $243 billion required by the FHFA proposal is simply excessive.”

He added the FSOC never answers the question about the “mysteriously delayed 2019 results” and gave the committee another “F” grade for that unexplained absence.

Layton concluded that the review might have been tainted by politics.

“The comments on the capital rule seem to me to clearly be compromised,” he theorized. “Indeed, how much should we expect FSOC to criticize one of its own members (the Director of the FHFA), when all of its voting members are Trump administration appointees? The report’s findings are the opposite of crisp and it simply drops identified issues too often.”