According to Redfin analysist Tim Ellis, new data shows that asking prices of newly listed homes are up 12% year-over-year to a median of $361,250, an all-time high.

While the market is still red-hot, some metrics collected by Redfin in September covering 400 metro areas are beginning to cool, as is expected for this time of year. 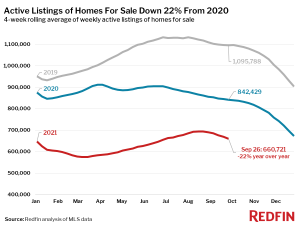 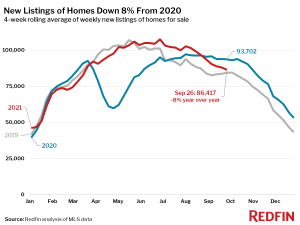 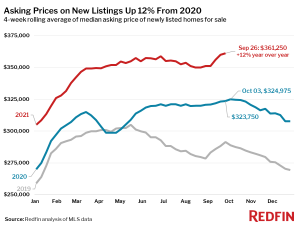 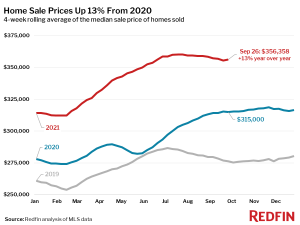 “Home sellers continue to show their optimism with increasing asking prices,” said Redfin Chief Economist Daryl Fairweather. “However, there are already signals from the Fed and markets that mortgage rates are starting to creep up. The hit to affordability that comes with higher rates and higher home prices could let some steam out of the market. It’s never a good idea to overprice your home, but I would be especially wary of overpricing as seasonal cooling trends persist and rising rates take some affordability out of the homebuying equation.”

A full copy of Redfin's report can be found here.

Previous: Top 5: Get to Know Computershare Loan Services
Next: How Much Does Home Insurance Rise After a Fire?