The Week Ahead: Senate Meets to Confirm HUD and Ginnie Mae Leadership 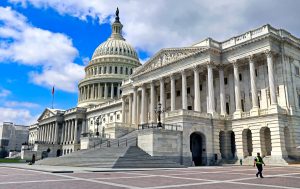 On Thursday, October 7, the U.S. Senate Committee on Banking, Housing, and Urban Affairs will meet to hold a Nomination Hearing on those who will lead the Ginnie Mae and HUD. 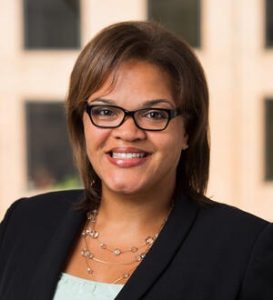 McCargo currently serves as Senior Advisor for housing finance in the Department of Housing & Urban Development (HUD). Her career in housing spans decades and has centered on how America’s housing finance system can equitably provide credit and capital to households and affordable housing stakeholders. She joined the Biden-Harris Administration after serving as VP of the Housing Finance Policy Center at the Urban Institute, a social and economic policy research firm where she led and developed research programming in collaboration with key housing industry, nonprofit, and government agencies to support housing policy research. She developed a body of work focused on reducing racial homeownership gaps, increasing housing affordability, and reducing barriers to accessing credit and capital. McCargo also served as Executive Director of the Mortgage Servicing Collaborative, a cross-sector initiative that identified and developed policy recommendations for mortgage servicing and securitization reforms to enable a more stable housing finance system.

Before joining the Urban Institute, McCargo held roles as VP and Head of Government Solutions with CoreLogic, a property and mortgage data analytics firm, and as VP with JP Morgan Chase’s Home Lending division. Previously, McCargo spent a decade at Fannie Mae, where she led policy development and secondary mortgage market programs and had leadership roles on key corporate initiatives. From 2008 through 2012 she served as Senior Director of Servicing Portfolio Management and played a central role in the partnership with the U.S. Department of Treasury in executing the Emergency Economic Stabilization Act of 2008. She was instrumental in foreclosure prevention efforts, loan restructuring, and distressed asset management programs. She was a leader in the work with the Federal Housing Finance Agency on Fannie Mae and Freddie Mac mortgage servicing alignment efforts. 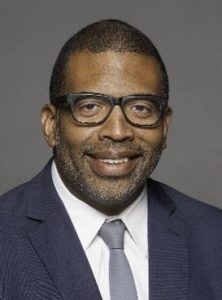 Jemison is currently Principal Deputy Assistant Secretary for the Office of Community Planning and Development at HUD. He joined HUD in January 2021 from the City of Detroit, where he was Group Executive for Planning, Housing & Development, leading the City’s development agenda, working in partnership with Directors of the Housing & Revitalization Department, the Planning & Development Department, the Detroit Land Bank Authority, Detroit Housing Commission (Public Housing Authority). In early 2014, he served as Director of the new Housing & Revitalization Department for the City of Detroit, as the City recovered from bankruptcy. Before coming to Detroit, Jemison served as Deputy Undersecretary and Deputy Director for the Department of Housing and Community Development for the Commonwealth of Massachusetts under Governor Deval Patrick. Prior to that, Jemison held a variety of public- and private-sector leadership positions in planning, development and public housing, primarily in Massachusetts and the District of Columbia. 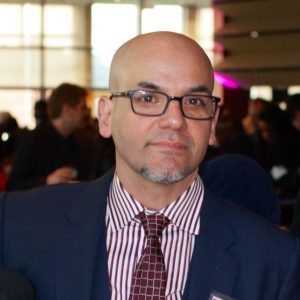 Colón is President of the Office of Housing Preservation at NY State Homes & Community Renewal (HCR). In this capacity, Colón has overseen one of the largest, most diverse affordable housing portfolios in the country, with more than 450,000 units in 3,200 developments across New York State. Previously, Colón served as HCR’s acting “Disaster Recovery” Counsel, helping to lead New York’s post-Hurricane Sandy housing recovery efforts, by designing policies for the award of more than $4 billion in federal, state, and privately-sourced relief funding.

Colón is currently the Chairperson of El Puente de Williamsburg and a board member of the Institute for Energy Economics and Financial Analysis (IEEFA).

Axelrod is a long-time public servant with deep criminal and national security enforcement experience, having spent more than 13 years at the Department of Justice. During the Obama-Biden Administration, Axelrod served as the Principal Associate Deputy Attorney General, where he advised on the Department’s criminal and national security enforcement matters, and supervised a staff of twenty-five attorneys. Prior to that, Axelrod spent more than 10 years as a career federal prosecutor. From 2003-2009, he served as an Assistant U.S. Attorney in Miami, where he prosecuted, among others, the two founders of the Cali Cartel. From 2009-2013, he was on detail to Main Justice, where he worked as a Senior Counsel to the Assistant Attorney General for the Criminal Division and then as an Associate Deputy Attorney General, responsible for overseeing the Department’s criminal enforcement work.

After leaving the Department in 2017, Axelrod joined the global law firm Linklaters as a partner, where he did internal investigations and white-collar defense work.  Axelrod took a leave of absence from Linklaters in the fall of 2020 to volunteer full-time as a member of the DOJ Agency Review Team and then rejoined the Department on Inauguration Day as Senior Counselor.  He was recently detailed to the Office of the White House Counsel, where he serves as Special Counsel and works on both domestic and national security matters.

Click here for more information on this Senate Nomination Hearing.

Previous: Why Are Investors Souring on the Housing Market?
Next: Top 5: Get to Know Computershare Loan Services