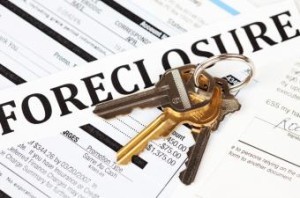 The fast track foreclosure bill which would reduce foreclosure timelines from two to three years down to as low as six months, took effect last Wednesday, after passing in the Ohio State Legislature in late May.

It took almost three years and many rewrites and amendments before finally being rolled into a larger bill, HB 390 (Sales tax-exempt sale of natural gas by municipal gas company), before it passed in the Ohio State Senate.

As the problems caused by vacant and abandoned properties have gained national attention in the last couple of years, Ohio lawmakers fought to pass this legislation, which should now greatly reduce the amount of time a property remains vacant.

Reducing the foreclosure timeline should cut down on problems presented by vacant properties such as the spreading of blight, lowering of property values, vandalism, squatters, and violent crime that these properties often attract.

The idea for the bill was first proposed by Columbus City Attorney Rick Pfeiffer three years ago, and Ohio HB 223 was introduced to the Ohio Senate in June 2013 by Ohio Rep. Cheryl Grossman, a Republican, and Ohio State Rep. Michael Curtin, a Democrat.

The bill passed unanimously in the Ohio House in April 2014, but in December 2014 an amended version of the bill failed to make it out of the Ohio State Senate Finance Committee. A new version of the bill, Ohio HB 134, was then introduced in early 2015 by the same two joint sponsors, Grossman and Curtin. That bill passed by a vote of 88-0 in the Ohio House of Representatives in November 2015, and took another six months to pass in the Senate. Now, five months later, this bill has become effective throughout the state of Ohio.

Five Star Institute President and CEO Ed Delgado said of the Ohio fast track foreclosure legislation, “The crisis of vacant and abandoned properties is one of national proportion. By reducing the time that vacant properties remain unoccupied, fast-tracking the foreclosure process will ultimately reduce the risk of community blight and thwart the potential for crime and other undesirable conditions which are the natural byproduct of a failure to act. The implementation of this bill should serve as an important step toward the introduction of a solution for communities nationwide.”

A potentially workable solution is being proposed by the National Mortgage Servicing Association (NMSA).  Now in its seventh year, the organization is leading the dialog on a number of important issues that affect the mortgage industry and has been advocating for a national standard for determining property abandonment to be set forth by HUD and FHFA, which will in turn be adopted into state foreclosure laws.

While fast track foreclosure laws have not yet become a national standard, Ohio's move is seen by many in the industry as a positive development in the effort to curb the impact that vacant and abandoned properties have on communities.
Click here to view Ohio HB 390 in its entirety. The section on foreclosures begins on page 70.