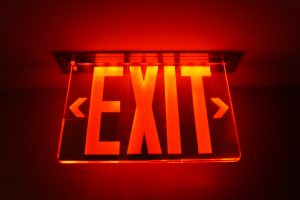 The latest Forbearance and Call Volume Survey from the Mortgage Bankers Association (MBA) has found that the total number of loans now in forbearance decreased by seven basis points from 2.96% of servicers' portfolio volume the prior week, to 2.89% for the week ending September 26, 2021. The MBA estimates that approximately 1.4 million homeowners remain in forbearance plans.

"The share of loans in forbearance declined at a faster rate last week, dropping by seven basis points, as exits increased and new requests and re-entries declined," said Mike Fratantoni, MBA's SVP and Chief Economist. "While 1.4 million homeowners remained in forbearance as of September 26th, this number is expected to drop sharply over the next few weeks, as many are reaching the 18-month expiration point of their forbearance terms. Most borrowers exiting forbearance through a workout are opting for a deferral plan, which allows them to resume their original payment, while moving the forborne amount to the end of the loan."

As a percent of servicing portfolio volume, calls decreased relative to the prior week, from 7.9% to 5.9%, with the average call length remaining the same as the previous week at 8.2 minutes.

"Although call volume dropped in the last week of September, we expect that servicers will be very busy through October,” said Fratantoni.

"Borrowers appear to be exiting in an orderly fashion; the payment deferral/partial claim is now the leading reason for exit. Under this scenario, borrowers are resuming their scheduled monthly payments-versus  a modification which lowers the payments-a positive sign that things are returning to 'normal,'" said Matt Tully, Chief Compliance Officer and Head of Agency Affairs at Sagent. "Borrowers exiting without a post-accommodation plan in place have dropped to below 5%, reflecting that servicer outreach efforts are working. On the negative side, forbearance re-entry numbers continue to creep back up, showing that we are not out of the woods yet when it comes to dealing with borrowers impacted by the pandemic."

Previous: Top 5: Get to Know Brookstone Management
Next: How Landlords Are Impacted by the Pandemic