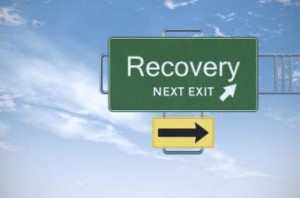 As the economy continues toward recovery, albeit at a slower pace, the housing market will continue to display vibrancy amid an increase in residential construction spending, according to the latest Economic & Housing Weekly Note published by Fannie Mae.

“Data in September showed that the economic recovery is still ongoing, though there were more signs that the pace of recovery is slowing,” wrote Ricky Goyette, Associate with Fannie Mae's Economic and Strategic Research Team. “Job growth continued in September, though once again the pace slowed from the prior month. Total nonfarm payroll employment remains 7.0% below the level seen in February.”

Goyette pointed out that while personal income levels were down in August, “this was entirely attributable to a decrease in unemployment insurance benefits” and was counterbalanced by “sharp increases in both consumer confidence and light vehicle sales in September.” As a result, Goyette theorized a continuation of consumer spending, although at a slower pace than seen during the summer.

On the housing front, Goyette noted Fannie Mae remained bullish on this market.

“In housing, data released this week continued to show strength in the housing market, with an increase in pending sales to record levels,” he continued. “The increase in September private residential construction spending supports our outlook for a strong rebound in residential fixed investment in the third quarter.”

The data cited by Goyette included the latest Pending Home Sales Index from the National Association of Realtors, which spiked by 8.8% from August to September, reaching a record high of 132.8; the year-over-year pending sales soared by 24.2%. On the construction side, the data was culled from the U.S. Census Bureau’s findings that private residential construction spending rose 3.7% in September while new single-family housing spending increased 5.5%, the largest monthly increase since July 2009. Compared to one year earlier, new single-family spending was up by 2.22%.