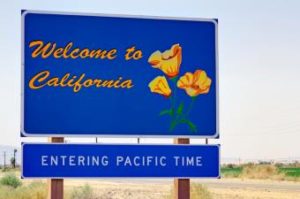 Californians continue to feel the economic effects of the pandemic, including its impact on the housing market. The state’s rising unemployment rate along with its competitive and costly housing market has caused a housing crisis throughout the state.

A recent study [1] from UC Berkeley reports that nearly half of all Californian households have lost employment income since this March, and over 20% of households report “no or only slight confidence that they have the ability to pay their mortgage or rent next month.” The study also shows that home renters have struggled the most since the pandemic swept the nation. Since March, 55% of rental households have lost employment income.

Californian households of color have felt the most hurt by the pandemic’s economic impact, especially Hispanic and Latinx renters. One in five Hispanic/Latinx households reported falling behind on paying rent. While Hispanic/Latinx and Asian homeowners in California are facing the highest rates of non-payment on mortgages, Black and other homeowners of color are also facing a higher likelihood of mortgage delinquencies than non-Hispanic white homeowners in the state.

Paying rent and mortgages isn’t the only financial hardship on the minds of Californians right now. Nearly 38% of households that have fallen behind on rent and mortgage payments are also facing credit card and loan debts that they needed to get in order to pay for housing.

Landlords are also facing the impact of Covid-19, as more than half of all California renters who are behind on paying rent are living in smaller properties with four or fewer units. This puts extra strain on landlords trying to make ends meet while handling smaller properties.

In the wake of the pandemic, households are now not only dealing with the loss of employment and housing security--they will also have to confront missed payments in the long run. While the CARES Act provided some aid to households who lost their jobs due to Covid-19, housing insecurity continues to be a long-term issue for renters and homeowners across the state and across the country.