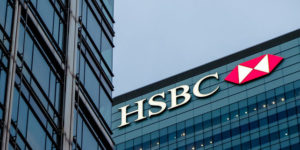 On Tuesday, HSBC announced that it had reached a definitive agreement with the US Department of Justice (DOJ) to resolve its multi-year investigation of its legacy securitization, issuance and underwriting of the bank's residential mortgage-backed securities (RMBS) that were issued before the financial crisis between 2005 and 2007.

The DOJ has said that through this settlement, HSBC has agreed to pay $765 million as a civil penalty "pursuant to the Financial Institutions Reform Recovery and Enforcement Act (FIRREA)." According to the DOJ, during the period these RMBS were issued, federally-insured financial institutions and others suffered major losses from investing in these securities that were underwritten by HSBC.

"The settlement releases HSBC from potential civil claims by the DOJ related to its securitization, issuance and underwriting of RMBS during the period from 2005 through 2007, and requires no additional remedial action," HSBC said in a statement.

Additionally, Patrick J. Burke, President and CEO, HSBC USA said that the bank was pleased to "put this investigation related to activity that occured more than a decade ago behind us."

"Since the financial crisis, HSBC has been strengthening our culture, processes and internal controls to ensure fair outcomes for our clients. The US management team is focused on putting historical matters into the rear view mirror and completing the turn-around of HSBC’s US operations," Burke said in the statement.

Speaking about the RMBS that were issued by the bank during that time, Associate Inspector General Jennifer Byrne of the Federal Housing Finance Agency-Office of Inspector General (FHFA-OIG) said that the bank's actions had resulted in significant losses to investors who purchased HSBC RMBS which were backed by defective loans. "We are proud to have partnered with the U.S Attorney’s Office for the District of Colorado on this matter," she said.