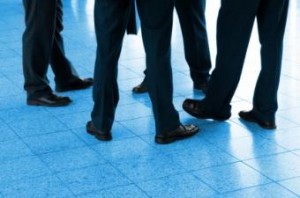 This installment of the Servicer Handbook (the sixth that Fitch has published) contains data on key indicators through Q2 of 2016 that, when taken together, can give insight into the overall health of the mortgage market.

The glaring statistic associated with the report is that banks have reduced their mortgage servicing staff by nearly half on average in the past two years. Two years ago, the average depository institution employed approximately 8,000 employees devoted to mortgage servicing. That number has dipped down to just north of 4,000.

In contrast, the report says that non-bank servicers do not appear to be in any hurry to reduce staffing levels, the number of servicing employees at these institutions has remained fairly constant on average at approximately 2,000 employees.

“In fact, bank servicers now manage more than twice as many mortgage loans per employee compared to non-bank servicers, a comparison not likely to change to any great degree anytime soon.”  - Fitch Ratings

Fitch attributes the steadiness in staffing levels to the focus these non-bank institutions are putting on growing their servicing portfolios.  Further, historically speaking, the company argues that the need for more robust staffing levels is also buoyed by the requirement that non-bank customers have for more frequent interaction.

“In addition to lower mortgage delinquencies, high credit quality portfolio additions mostly brought on by origination activity are also contributing to reduced staff among bank servicers,” the ratings agency said while previewing the release. “In fact, bank servicers now manage more than twice as many mortgage loans per employee compared to nonbank servicers, a comparison not likely to change to any great degree anytime soon.”

Previous: State Spotlight: Foreclosures on the Rise in Oklahoma
Next: The Housing Industry’s Response When Disaster Strikes