September’s National Association of Homebuilders (NAHB) September 2019 Real Rent Index increased 0.2% over August’s reading after essentially no growth between June and August, NAHB reports. NAHB constructs a “real” rent index to indicate whether inflation in rents is faster or slower than overall inflation, providing insight into the supply and demand conditions for rental housing. A previous NAHB post shows that the Consumer Price Index (CPI) in September was flat from August on a seasonally adjusted basis, and “core” CPI rose by 0.1 percent during the same period. 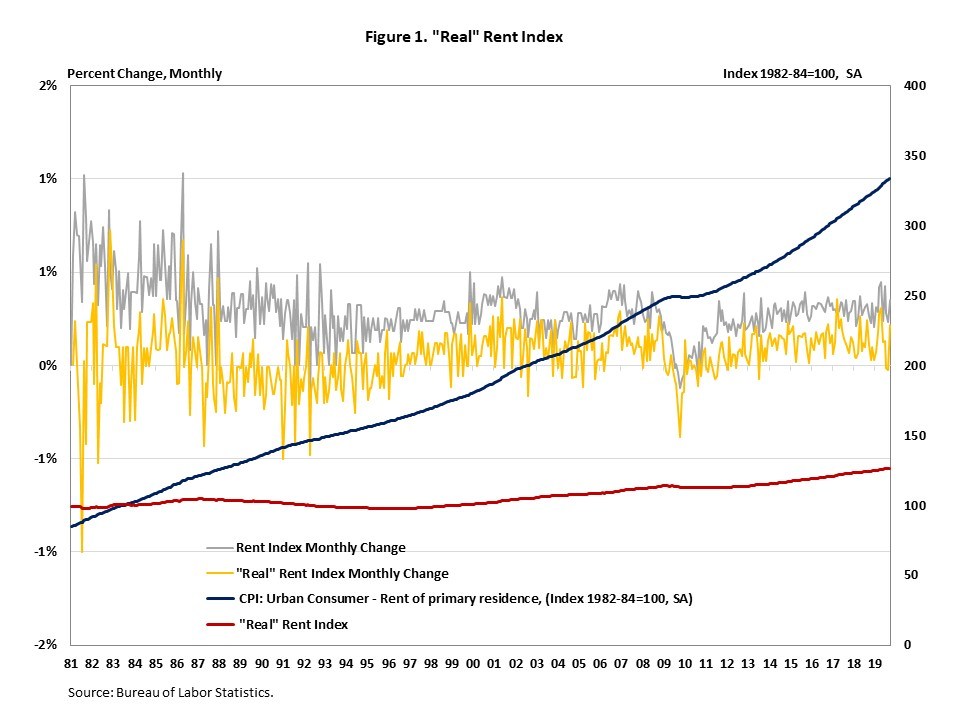 Single-family rents are making up a larger portion of rents. According to the Census Bureau’s Quarterly Starts and Completions by Purpose and Design, there were 11,000 single-family built-for-rent starts for Q2 2019. According to a post on the NAHB's Best in American Living blog, renting by choice–instead of owning outright–is becoming increasingly popular among millennials.

Another recent NAHB study indicated that renting was more popular in some cities than others. The study, which examined the type of rental structures people live in and their spatial distribution said that the number of renters expanded to reach 34% of the population between 2007 and 2017. The share was at 30% in 2007.

The reasons, the NAHB study said was the disruption of home construction during the Great Recession and the more recent declining affordability to own homes. In fact, single-family rentals or detached rentals accounted for 40% of all the rental stock between 2007 and 2017 more than any other structure type. The Southeast and the West, the study indicated, had the highest concentration of renters, especially for single-family homes according to data from the 2017 American Community Survey.