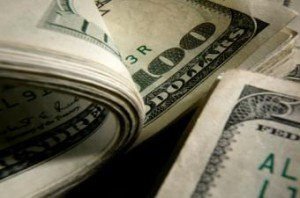 In order to predict a political scenario that would most benefit the U.S. economy, the analysts at Wallet Hub dove deep into data. The researchers compared the condition of the economy under six different situations in which either Democrats or Republicans control one branch of government or both the presidency and legislature. Then they examined each setup according to 13 key economic performance indicators, ranging from “real gross domestic product (GDP) growth” to “poverty rate” to the “consumer and mortgage debt per capita.”

They didn't stop there. The authors went on to analyze each metric under the administration of each president who served between 1950 and 2019, in order to report "which president had the most positive impact on the economy."

The full report including graphics and methodology is available on WalletHub's website.

According to the report, the political mix under which the U.S. economy stands the best chance features a Republican congress and a Democratic President.

Home values typically increase an average 4.67% under a Democratic President and a blended congress; as it relates to consumer and mortgage debt, a situation wherein a Democrat is President and the congress is split would be "best," WalletHub found, with a $1,252 average decrease.

Broken down further, some more of WalletHub's specific findings:

Numbers collected during the following time period: poverty rate from 1960, uninsured rate ('73), median income ('81) home price appreciation since 1964, trade deficit surplus from 1961, consumer/mortgage debt from '51-'18—all other data used in the above findings were collected from 1950-2018.

The study goes on to show every factor's performance under each administration since Dwight D. Eisenhower and to detail its findings, taking inflation into consideration.

"When power is split between the parties, big policy changes are less likely, allowing business leaders to forge ahead with plans that investors believe will be profitable, which of course induces them to shift resources into corporate stocks," he said. "GDP growth is a much more complex phenomenon that is subject to short (business) and long term (structural) cycles along with external shocks (e.g., hurricanes, condition of trade partners) and a sizable random element (runs of good or bad luck). On top of all that, GDP growth is constrained by the build-up of centuries of existing policies."

In short, he thinks it's a mistake to believe that any political scenario has much influence over macroeconomic conditions.

In fact, all of the experts more or less agreed on that sentiment.

Shantanu Bagchi, Associate Economics Professor at Towson University, called the above a difficult question to answer, "not because of the differences in their plans, but because of the nature of economic growth as a phenomenon itself."

He added, "Economic growth is a long-term measure of prosperity, and no one President can single-handedly create an environment the promotes sustained economic growth over a 20-30 year period. Future economic growth requires investment in technology, machines and equipment, and human capital today. The private sector does pretty well as far as investing in machines and equipment is concerned, but technology and human capital are areas where the government can play a crucial role."

From that perspective, he said, "Biden’s plan is more well-rounded than Trump’s, because it appears to be informed by real economics and not rhetoric."

Another belief the panelists shared is that "getting COVID-19 under control" is paramount to economic growth. They also stressed that economic recovery depends on action and not "ideology."
"Ideologies are not the engine of growth," said Gabriele Camera, Professor at The George L. Argyros School of Business and Economics at Chapman University.
"History teaches us that ideology-based policymaking, be it of a political or religious flavor, has not been kind to human societies. Economic science teaches us that investment in human and physical capital, the availability of trusted social institutions, the freedom to think, trade, and experiment with novel ideas and methodologies is what ultimately matters."
2020-10-13
Christina Hughes Babb
Previous: Altisource Expands Operations
Next: Wildfire Impact on California’s Housing Market