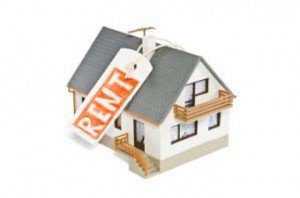 When the White House made an announcement—by way of the Center for Disease Control and Prevention (CDC) and the Department of Health and Human Services (HHS)—that it would put a new conditional eviction ban in place, many housing-industry experts anticipated pushback from property owners. Then the court cases, such as a Virginia landlord's suit against the CDC, started to surface.

Now, the Washington Post reports that landlords, lobbyists, and housing industry groups have launched an all-out "legal war" against the moratorium. Some lawyers have tried to kill the temporary ordinance altogether, arguing the CDC had no right to enact it in the first place. "The flurry of lawsuits has created a wave of legal uncertainty," Washington Post reported. This prompted the CDC last week to clarify the terms of the moratorium.

"There’s a reason eviction is a remedy in the law,” said Caleb Kruckenberg, a lawyer at the New Civil Liberties Alliance told the Post, stressing that "landlords are experiencing significant financial disruption, too."

The Post's Senior Tech Policy Reporter, Tony Romm reported that the action in courts around the country is inflicting on millions of Americans "the sort of hardships the Trump administration initially sought to prevent. Federal officials tried to clarify some of the ambiguity in policy guidance issued late Friday night. But the update instead appeared to give landlords a clearer green light to start eviction proceedings against some cash-strapped renters, even though a moratorium remains in place until the end of the year," the reporter explained.

Indeed, the CDC and the Justice Department in Friday's pronouncement "clarified" that landlords are allowed to start eviction processes while the federal moratorium is active. Also, the Trump administration  said landlords “are not required to make their tenants aware” an eviction ban exists.

Clarifications triggered further concern for some while it resulted in the forfeiture of at least one major case.

Zachary Neumann, the leader of the Covid-19 Eviction Defense Project told the Post that, while this varies by jurisdiction, many households are unaware of the moratorium or have had trouble filling out the forms required to qualify for protection. He added that even among those who do everything right, some still face eviction because "the Trump administration has allowed landlords significant leeway to remove renters from their apartments for other reasons—including seemingly minor violations of their leases."

The Post goes on to report that about 1 in 3 adults say it is "somewhat or very likely that they could face the threat of eviction or foreclosure over the next two months, according to survey data released last week by the U.S. Census Bureau.

So with renters, homeowners, and landlords all fearing negative implications, what might help?

Romm reported that, "Renters and their landlords have found rare agreement in calling on Congress to act, particularly in putting aside billions of dollars in aid to help renters catch up on past-due bills—money that could also help property owners cover their own costs."

In a lose for all parties, a proposal that would do so has run into seemingly irreconcilable conflict on Capitol Hill.

The article also noted that housing groups and Realtors are lobbying on behalf of policy that would benefit rental-property owners.

The full article is available on Washington Post's website.