FHFA Weighs in on Foreclosure Prevention 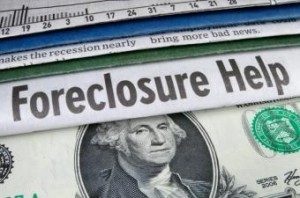 The exact total of foreclosure prevention actions for July 2018 taken by the two government-sponsored enterprises (GSEs) in July 2018 came to 24,030, compared to 25,363 in June 2018. Since the beginning of the conservatorship in September 2008, the GSEs have completed a total of over 4.2 million (4,203,611) foreclosure prevention actions, with more than half of these being permanent loan modifications.

For July 2018, the GSEs completed 18,874 permanent loan modifications, bringing the total to 2,257,644 under the conservatorship. Twenty-two percent of July’s modifications involved principal forbearance while 56 percent involved modifications with extend-term only.

The percentage of property-types receiving loan modifications remained stable, at its 2018 average of 94 percent for primary residencies, 2 percent for second homes, and 4 percent for investment properties, the report indicated.

According to the report, there were 777 short sales and deeds-in-lieu of foreclosure completed in July. That’s a decline of 11 percent compared to June 2018’s 874 total.

According to FHFA, 23 percent of all delinquencies stem from a curtailment of income, which continues to be the top cause for delinquencies in general. This is down slightly from 24 percent in June and 25 percent in January at the beginning of the year. The other four major causes of delinquency are excessive obligations (22 percent), unemployment (6 percent), illness of principal mortgager or family member (7 percent), and marital difficulties (3 percent).