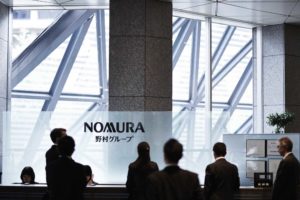 The Justice Department has announced that Nomura Holding America Inc. has agreed to pay a penalty of $480 million to settle claims that the bank misled investors in marketing and selling defective residential mortgage-backed securities (RMBS). According to the Justice Department, these actions taken by the Tokyo-based bank helped precipitate the subprime mortgage crisis—which in turn lead to the global recession of 2008.

Nomura contended that its due diligence was both “extensive” and “disciplined” in regard to the selling of these securities, a claim that the U.S. attorney’s office in Brooklyn states is false. Regardless, Nomura has settled without admitting liability or wrongdoing, and in the settlement persists in disputing the government’s allegations. Nomura is one of the last financial institutions, either domestic or foreign, to settle with U.S. authorities on this matter. Bank of America Corp. and JPMorgan Chase & Co., for instance, struck the largest settlements back in 2013 and 2014, with Bank of America agreeing to pay $17 billion and JP Morgan $13 billion.

Nomura stated that the agreement will shave around 20 billion yen, or $180 million, from second-quarter expectations. In a written statement, the bank also stated that “the company and the U.S. subsidiaries consider it to be in their best interests to conclude this matter and avoid protracted and expensive litigation concerning transactions and practices that occurred 10 or more years ago.”

In contrast to settlements reached by the Department of Justice under the Obama administration, this particular agreement with Nomura does not one impose consumer relief or payments to state or federal agencies, but according to a written statement made by Richard Donoghue, a U.S. Attorney with the Justice Department, “this settlement holds Nomura accountable for its fraudulent connection with residential mortgage-backed securities offerings, which caused substantial harm to investors and contributed to the financial crisis of 2008.”

The Justice Department has recently made a concerted effort to resolve all investigations into the packaging and selling of mortgage bonds which contributed to the crisis. Wells Fargo & Co and Royal Bank of Scotland (RBS) both settled in August for similar claims. Wells Fargo agreed to pay $2 billion, whereas RBS agreed to $4.9 billion. HSBC Holdings Plc settled for $765 million only a week prior to the agreement reached with Nomura.