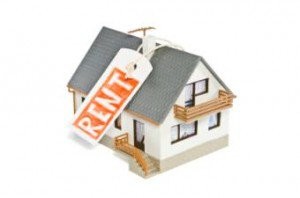 Single family rental returns have hit a nine-year low. The average annual gross rental yield was under 8.7 percent for properties bought this year, according to ATTOM Data Solutions’ Q3 Single Family Rental Market Report. That percentage is down barely from the 8.8 percent it hit in Q3 of 2015, but it means rental returns are at their lowest point since before the recession.

Despite the nadir, Daren Blomquist, senior vice president at ATTOM, said returns are “still attractive compared to alternative investing opportunities.” Mainly he meant that after a two-year lull, investor acquisition activity has picked up.

The report found that institutional investor purchase shares increased in 68 percent of the nearly 500 markets ATTOM studied. Saint Louis County, up by 93 percent in this category, led the way, followed by Philadelphia County, where institutional investment went up by 72 percent.

“Given shifting attitudes toward homeownership that are showing up in stubbornly low homeownership rates and our data showing more than 18 million non-owner occupied single family homes,” Blomquist said, “these single family rental investors will be an important and likely growing force in the real estate market for years to come.”

Nationwide, 2.7 percent of all single family homes that sold in the first seven months of 2016 were purchased by institutional investors, the report found. That’s from a 2.1 percent share a year ago.

“The single family rental operations have been proven in a public market. These homes can be managed like apartments. When we first got started, we thought we could do that, but in the last year or so investors are really starting to believe it,” said Gary Beasley, CEO and co-founder at Roofstock, an online marketplace that studies tenant-occupied single family rental  homes. “You’ve seen a couple of the public companies ramp back up on buying along with other institutional investors who have been on the sidelines who now want to get involved.”

Previous: What is the Impact of Borrower Retention?
Next: An Influx of Leadership at the Legal League 100