Thanks to the federal foreclosure moratorium sending more homeowners into forbearance, the default rate for first mortgages remained steady in September, but that number could go up as servicers begin processing and reporting foreclosures since the moratorium’s expiration on July 31.

S&P Dow Jones Indices [1] and Experian [2] data through September 2021 for the S&P/Experian Consumer Credit Default Indices [3] has found that the first mortgage default rate remained unchanged at 0.27% while bank card defaults fell to 2.11% and auto loan defaults rose to 0.35%.

The general composite rate of defaults of first mortgages, credit cards and automotive loans also remained steady at 0.39% down from 0.63% from September 2020. The current default rate of 0.27% for mortgages is also down year-over-year from 0.46% last September. 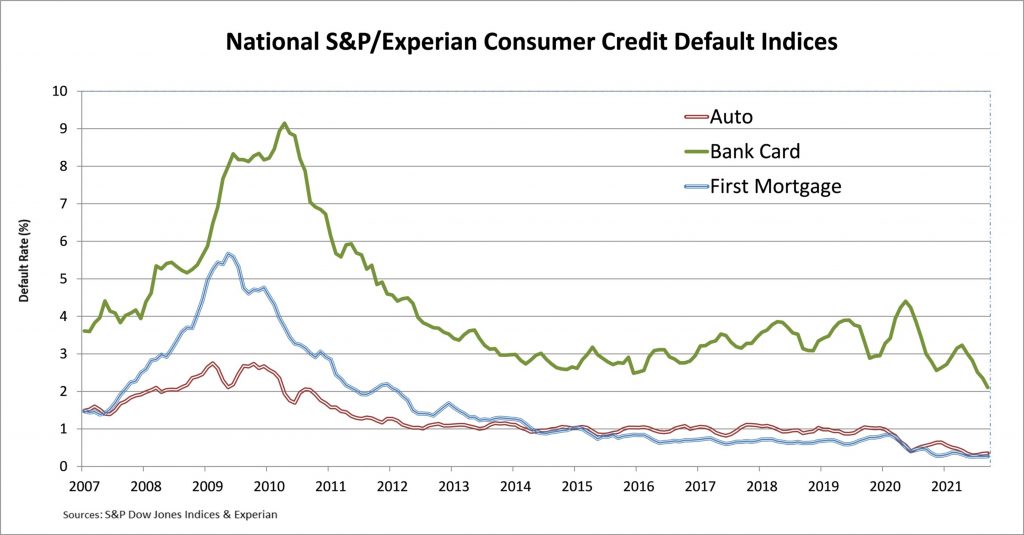 According to a separate report [4], ATTOM [5], a real-estate data company, released its Q3 2021 U.S. Foreclosure Market Report, which showed there were a total of 45,517 properties with foreclosure filings—default notices, scheduled auctions or bank repossessions—up 34 percent from the previous quarter and 68 percent from a year ago. On a nationwide scale, foreclosures represented 1-in-7,008 properties.