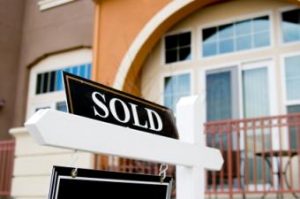 RE/MAX has released its National Housing Report for September 2021, which found that 2021 is starting to resemble a traditional year and mirroring seasonal norms as September home sales dropped 7.0% from August and the Median Sales Price slipped 1.1% to $329,000.

Even with the seasonal cooling that is expected this time of year, September 2021 was the second-most active on record, only following September 2020.

"This was the second-most active September for sales in 14 years, trailing only 2020, which was an outlier in many ways," said Nick Bailey, President, RE/MAX LLC. "Plus, the expected seasonal drop in sales from August to September was half of what it usually is, indicating that buyers and sellers are still very much on the move.”

Omitting data from 2020, August-to-September averages indicate what is typical for this time of year:

Reflecting both the number of homes coming on the market and the velocity of sales, the 4.9% month-over-month drop in active inventory was more than double the 2015–2019 average August-to-September decline of 2.3%. Inventory was down 23.6% year-over-year. Nine months into 2021, inventory has declined month-over-month in all but June and July.

"The intensity on the buy side has been exhausting, but buyers can navigate the ups and downs with the help of a full-time, experienced professional,” Bailey continued. “Affordability remains a challenge in most metros, where tight inventory continues to push prices. Homebuilders are trying to fill the gap—especially with multi-family home construction—but many of them are held up by shortages in labor and materials. That said, the market's still active—just not quite at the pace we saw earlier this year."

The average time a home was on the market currently stands at 25 days, one more day than August and 14 days faster year-over-year.

Of the 52 metropolitan areas surveyed in September, the overall average number of sales is down 7.0% since last month and down 4.2% since last year. Leading the year-over-year sales percentage increases were: Honolulu, Hawaii at +22.5%; Wilmington/Dover, Delaware at +9.4%; Orlando, and Florida at +6.8%

The markets with the biggest decrease in year-over-year sales percentage were: New Orleans, Louisiana at -40.2%; Burlington, Vermont at -19.0%; and Salt Lake City, Utah at -14.9%.

In terms of inventory, the number of homes for sale in September 2021 was down 4.9% from August 2021 and down 23.6% from September 2020. Based on the rate of home sales in September 2021, the Months Supply of Inventory increased to 1.5 compared to 1.4 in August 2021 and decreased compared to 2.0 in September 2020. A six months supply indicates a market balanced equally between buyers and sellers. In September 2021, of the 52 metro areas surveyed, none metro areas reported a months supply at or over six, which is typically considered a buyer's market. The markets with the lowest Months Supply of Inventory were Albuquerque, NM at 0.6, followed by a three-way tie between Raleigh-Durham, NC, Charlotte, NC, and Seattle, WA at 0.7.