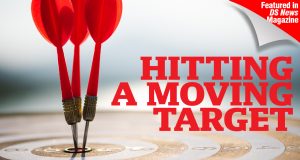 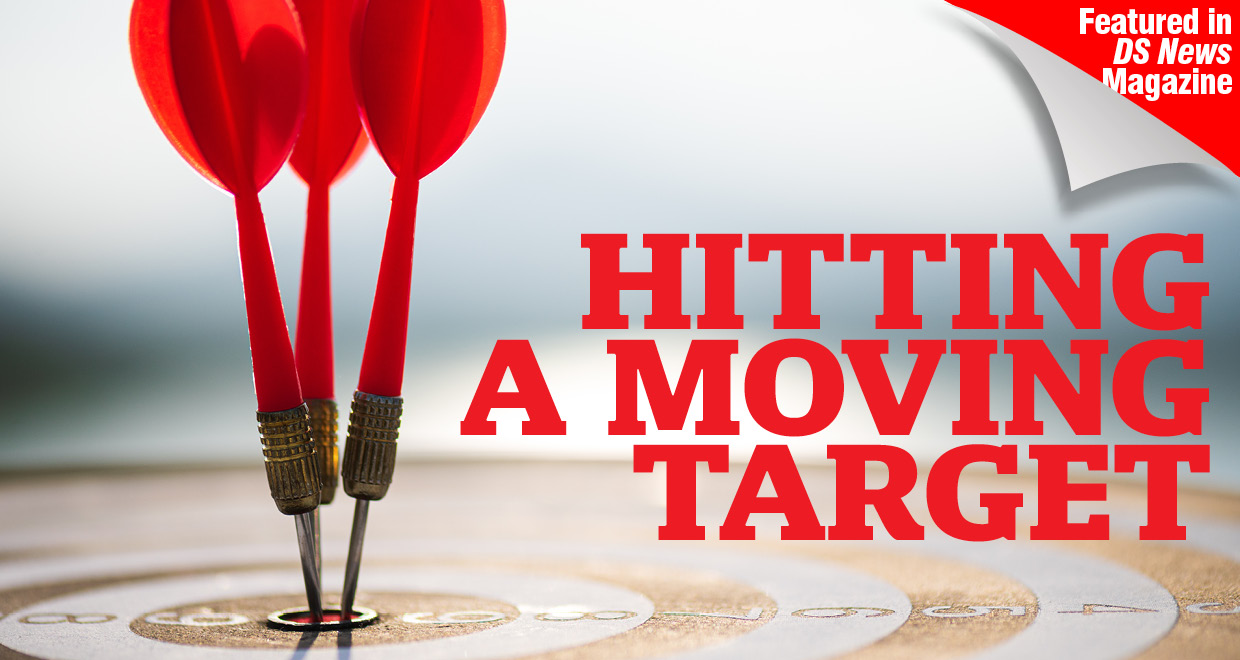 Editor's note: This story originally appeared in the October edition of DSNews.

How do you solve (or prepare for) a problem you know is coming but don’t know how big it’s going to be? That’s the challenge facing the industry, several months into the CARES Act. So far, more than 4.1 million borrowers have requested forbearance on mortgage payments; much of the demand coming in the first 45 days. Since then, enrollment has slowed, and a significant percentage of forbearance-takers have continued to make mortgage payments. But will these trends hold? The answer ultimately depends on the speed and shape of the recovery: will it be a fast, V-shaped recovery or will unemployment linger north of 10% through the end of 2020 as the Federal Reserve is predicting?

One of the most widely referenced models suggested in May that forbearance requests could eventually top 10% and possibly go as high as 15%. At the low end, this would mean more than 6 million borrowers will require our industry’s assistance. Near-term, that assistance includes handling in-bound calls to enroll borrowers into forbearance, then re-contacting them at various intervals to determine continuing needs. At the end of forbearance periods, which will range from 90 to 360 days, servicers will need to contact millions of borrowers and explain the deferral process. Assuming the economy has reopened, a significant share of these borrowers will most likely qualify for streamlined deferrals, enabling them to add missed payments onto the back end of their mortgage.

Others will need more time and/or help, which will most likely result in loan modifications. The unfortunate reality is that more than 1 million loans could continue to fall through the default cascade into short sales, deeds-in-lieu, and foreclosures. And don’t forget the 1.3 million mortgage borrowers who were already in some stage of delinquency before mid-March and ineligible for forbearance (although they’re currently protected from foreclosure). Unlike the last mortgage crisis, these workouts won’t occur over a five- or six-year period but could be compressed into a two- to three-year time frame.

In late June/early July, deferrals for 90-day forbearances moved to next stage. The MBA reported in early July that nearly 50% of borrowers were requesting extensions, 43% moving from forbearance into deferrals, and 18% being considered for modifications. If trends continue, by next spring, servicers need to be ready to process millions of deferrals, modifications, and defaults.

This is what is “known.” What’s unknown is, what shape will borrowers be in a year from now? As the Fed recently noted: “The strain on household and business balance sheets from the economic and financial shocks since March will create persistent fragilities.” In mid-June, a NAR survey found that 52% of all homeowners were still worried about making their mortgage payments, and 47% were considering selling their homes to lower housing costs.

Since the pandemic began, legislators, regulators, government agencies, investors, and servicers have all been working to provide the best possible outcome for the consumer. From a mortgage perspective, the centerpiece of this effort was the CARES Act. It provides:

The GSEs, FHA, and VA have provided additional guidance on how borrowers can defer payments at the end of forbearance and how quickly they can refinance. These agencies have also limited a servicer’s obligation to advance during forbearance to four months’ payments. So far, most private investors have followed suit and allowed servicers to offer at least short-term forbearance.

In addition to direct mortgage relief, swift action on stimulus checks, unemployment benefits and programs like the Paycheck Protection Program have also cushioned the economic blow for consumers and enabled many to stay current with their obligations.

States and local governments have also taken steps to protect borrowers. By our count, more than 60 bills and executive orders have been promulgated to date, affecting mortgages, credit, foreclosure, and evictions.

Efforts haven’t always aligned perfectly, and at times, servicers were scrambling to respond real-time to evolving rules governing forbearance. However, all parties have consistently tried to do the right thing for the consumer.

Where We Are Now

The good news is that at the outset of the pandemic, consumers were in much better shape financially than 12 years ago. Credit scores and credit capacity were solid through the end of February, serious defaults at 20-year lows, unemployment at historical record lows, home equity at all-time highs, and home prices were stable and rising.

Perhaps this also explains why, at least for the moment, even borrowers seem to be coping. Black Knight has reported that in the first full month of the CARES program, 46% of borrowers still made at least a partial mortgage payment, though that number declined in June to just 15%.

Certainly, many, even most, of the early forbearance-takers were anxious about their future, having been furloughed or having lost income as a result of the nationwide shelter-in-place orders. But others saw forbearance as a “strategic” opportunity to lower costs and save payments, or as insurance—just in case. A recent LendingTree study found 70% of forbearance-takers said they could have made their mortgage payments but wanted to take a break. Only 5% said they wouldn’t have been able to make their payments.

By now, every servicer has made preliminary assumptions what percentage of forbearance-takers will qualify for the “lightest” treatment: deferral. Much of the modeling at this stage has been based on the volume of forbearances in their portfolio, their duration, and the investor mix of loans they’re servicing.

In mid-June, as much of the country had re-opened, assumptions were fairly optimistic, predicting the vast majority of forbearance customers would be able to re-perform, Anecdotally, we’ve heard estimates of 90% re-performance at some large servicing shops, but less optimistic projections from servicers with a preponderance of FHA/VA, private investor, and/or older subprime loans.

Servicers have already made significant progress in ramping up to handle the logistics of forbearance enrollment and communication. In some cases, this was done via hiring and training; in others, by shifting personnel from other activities and channels. The continuing refi boom, which appears to be followed by a delayed homebuying season, is creating resource challenges—though good ones—for some large lenders/servicers.

Over the past few years, the declining volume of loans in default has meant fewer seasoned professionals and less capacity for servicers to draw upon. For large servicers and service providers, the labor shift associated with this spike in default processing could represent the hiring of hundreds of people. While finding qualified candidates to fill those positions could be challenging, the situation is made even more complex by social distancing and COVID-19-related impacts to facilities management, interviewing, training, and order management coordination.

Confusion Can Lead to Reputational Risk

Although our industry is “living” the CARES Act, the average homeowner probably isn’t. In a recent STRATMOR/MBA survey, 36% of respondents said they weren’t even aware of the law or its protections. A NAR study found 71% of homeowners were worried they wouldn’t qualify for mortgage relief. These figures are important for two reasons: first, it suggests that as the months wear on and economic programs end, there could easily be an uptick in forbearance requests.

Second, it should be a reminder to our industry that consumers really don’t understand what’s entailed in forbearances, loan modifications, and default processes. This most likely means they will be surprised—perhaps upset—when facing either a modification or default scenario.

Mainstream media coverage of the CARES Act offers a preview of what the industry can expect over the next year. Although servicers were scrambling to understand the terms and, simultaneously, ramp up for demand, much of the coverage was critical—focusing on long hold times and suggesting that servicers were misinforming borrowers about their options.

Imagine what borrower and media reaction will be when forbearance ends and significant numbers of borrowers won’t be able to make their current payments, even with deferral. How will consumers react to learning they need to supply documentation to qualify for a modification and approval is not guaranteed?

Finally, borrowers with private mortgages have been, in most instances, able to forbear. What if private investors take a harder line and begin default activities? Certainly, it will create negative press, if not prompt a governmental response.

Servicers must ensure policies and procedures continually adhere to the latest directives provided by regulatory agencies and that procedures are consistently followed through implementation of operational testing, monitoring, and controls. For example:

We began formulating our forbearance strategy by asking the question: How do you prepare for an event that’s inevitably coming when you don’t have real visibility into its magnitude? From our perspective, the answer: be proactive and empathetic evaluating major decisions using three guiding principles:

COVID-19 has driven unprecedented conditions across all aspects of our life. Critical people, processes, and technology will be required to support default processing going from historical lows to historical highs in a matter of months.

However, actions of all of regulatory bodies, governing agencies and critical industry participants are also unprecedented and one of the most heartening things to come out of this tragic situation. Aligning this support with operational execution of the servicing and default management value streams will play a vital role in supporting the consumer and our overall economic recovery.