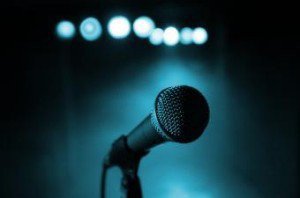 Representatives from organizations including FHFA, FHA, GSEs, and HUD all spoke during a virtual event this week by the Mortgage Bankers Association (MBA).

The facilitator of  a virtual event Tuesday said, during a GSE panel, that "collective action is going to be what moves us forward." That was the general theme as high-level executives from Fannie Mae and Freddie Mac addressed questions about pandemic responses, affordable housing, systemic racial inequity in homeownership, and the broader economic future. And later, HUD's Deputy Secretary Brian Montgomery, along with Secretary Benjamin Carson, also emphasized the importance of "coming together in a nonpartisan, bipartisan way."

As Freddie Mac CEO David Brickman put it, "there will ultimately be a bill to pay, to COVID." Still, both he and Fannie Mae's CEO Hugh Frater spoke optimistically about both the GSEs' new practices, including a new, controversial refinance fee, which Frater called "appropriate and prudent," and the future in general.

MBA Chairman-elect Kristy Fercho during the GSE panel queried the two execs about how successful they believe were their respective approaches to the COVID-19 pandemic.

"Excellent," Brickman said. "I’m proud of the work we’ve done. We fulfilled our mission and played the counter-cyclical role the GSEs are called on to play in times of crisis."

He cited the recently implemented payment deferral option, which both GSEs under their regulating agency, the FHFA, have employed.

This COVID-19 Payment Deferral solution returns a homeowner’s monthly mortgage payment to its pre-COVID amount by adding up to 12 months of missed payments to the end of their mortgage term without accruing any additional interest or late fees. The option also protects borrowers from any negative impact on their credit.

Says Frater, regarding his GSE's actions, "Fannie Mae has taken a people-first approach. I've urged our team to put themselves in borrowers' and lenders' shoes ... to remember the human element. We can't fix all problems but we can provide options," he said.

He points to a new comprehensive web tool, Knowyouroptions.com, which he says millions have visited and used over the past months.

"Quickly adapting new servicing tools really paid off," Frater said. "And competencies developed during crisis will help us help people when it's over."

This is a sentiment of which HUD's Brian Montgomery spoke during HUD's afternoon session. He discussed the department's implementation of new technology. It was the topic of the article he penned for the print edition of DS News, available here.

Possibly the most impassioned portion of the sessions related to homeownership and the pains of foreclosure or losing a home. This especially was true when the GSE execs answered questions about racial equality in homeownership.

Brickman said, and Frater agreed that for the enterprises they lead, "This summer was a gut-wrenching wake-up call" insofar as inequality and systemic racism is concerned.

Frater added that, "as GSEs, our policies and guidelines address these issues ... the larger point is we need to change our mindset when it comes to policy. We have to always look for new ways to achieve affordability. That also means looking at historical practices that "have long tails" and still cause racial systemic inequities today, he said.

Brickman said that at Freddie, some of the change begins internally. "We have got to change our organization to be more reflective of the communities we serve." To that end, he says, Freddie has partnered with the Thurgood Marshall Scholarship Fund and the Hispanic Scholarship Fund among other things. "It's not enough," he added. "We must be engaged in the mentoring and development of employees." He points to the company's internal Business Resource Groups, which fosters an inclusive workforce and which, he says, is "a function we want to be deeply embedded in every business we do."

The men also pointed to programs such as the Supplier Diversity program, as well as the Home Possible program for lower-income borrowers with FHFA loans.

HUD's Montgomery reiterated a sentiment he shared in his recent DS News article: "As the coronavirus pandemic arrived in America, it revealed many of our country’s great strengths, most notably the resilience and determination of our people to overcome adversity. "

All of the aforementioned guests at MBA's event acknowledged their roles as leaders charged with setting an example for the entire industry.

Previous: How the CFPB is Helping Homeowners Struggling with Payments
Next: How COVID-19 Impacts Underwriting Standards