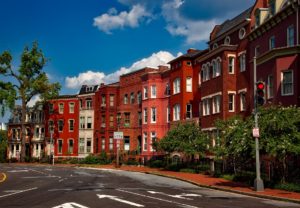 On Tuesday, Wells Fargo announced an investment of $1.6 billion in lending and philanthropy to help revitalize neighborhoods in Washington, D.C. through its Where We Live program, in collaboration with the National Community Reinvestment Coalition and other local organizations.

Through this program, Wells Fargo will triple its community giving and concentrate resources on affordable housing, small business growth, and job skills. Its commitment includes $6 million towards nonprofit housing initiatives like down payment assistance and development of affordable rental properties as well as a loan and equity investments totaling more than $1.5 billion to maintain or grow its commitments in home lending, small business lending and community lending and investment over five years.

"The Where We Live program is rooted in two things: investments that help people live, work and thrive, and a deep understanding that neighborhoods need long-term partners," said Tim Sloan, CEO, Wells Fargo. "It builds on Wells Fargo’s legacy of empowering residents and small businesses in our nation’s capital for the past 100 years, and our desire to create a compelling community investment model in Washington, D.C."

The Washington D.C. metropolitan area has lagged behind in growth when compared to other large U.S. metropolitan areas, according to the Urban Institute, but that's changing. Even as Wells Fargo's investments aimed at improving the lives of communities in some of the neighborhoods was announced, the Urban Institute analyzed what it would mean for the housing market in this area if Amazon chose Washington, D.C. for its HQ2.

The study said that with healthy job growth the Washington region had also experienced a rapid growth in population, especially in the inner region. While housing production had kept pace with this growth historically, the study found that since 2010 housing production had fallen short, increasing only 3 percent per year compared to a population growth of 7 percent per year. "With the shortfall in production, housing vacancy rates have dropped for both rental and for-sale housing. As of 2012–16, the rental vacancy rate for the inner region stands at 5 percent, and the vacancy rate for for-sale housing is 1.1 percent," Urban Institute said.

It also revealed that along with the shortfall in housing production, the surge in high-income households put upward pressure on house prices and rents, making it more challenging for both low- and middle-income households to find housing they could afford.

With housing prices increasing, a growing number of households paying a larger share of their income towards housing, and workers trading short commutes for affordability, the study said that the arrival of Amazon's HQ2 would increase the pressure in the region's housing market. "Without substantially more housing production at a wide range of rent levels and price points, the challenges of rising affordability pressures and lengthening commutes will intensify, and more households will experience hardship," the study said.

Previous: BCFP Tallies Consumer Worries
Next: Is History Repeating Itself?