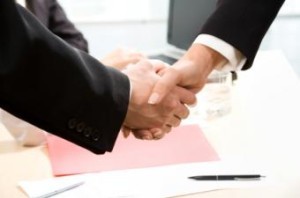 China Oceanwide Holdings Group Co., Ltd., and Genworth Financial, Inc., have announced they have entered into a definitive agreement, under which China Oceanwide will acquire all of Genworth’s outstanding shares for $2.7 billion ($5.43 per share) in an all-cash transaction.

China Oceanwide’s acquisition of Genworth will be completed through Asia Pacific Global Co. Ltd., which is one of China’s Oceanwide investment platforms, according to the announcement. The transaction has been approved by the Board of Directors of both companies and is subject to approval from Genworth’s stockholders as well as other closing conditions, such as regulatory approvals. The transaction is expected to close sometime in mid-2017.

Additionally, China Oceanwide has committed to contribute $600 million in cash to Genworth as part of the transaction in order to address the debt maturing in 2018 as well as $525 million in cash to the U.S. life insurance business. These contributions are in addition to $175 million Genworth Holdings has contributed to the U.S. life insurance business, according to the announcement.

“The China Oceanwide transaction is the result of an active and extensive review process conducted over the past two years under the supervision of the Board and with guidance from external financial and legal advisors,” said James Riepe, non-executive chairman of the Genworth Board of Directors. “The Board is confident that the sale of the company to China Oceanwide is the best path forward for Genworth's stockholders.”

When the transaction is complete, Genworth will operate as a standalone subsidiary of China Oceanwide. Genworth is expected to maintain its existing portfolio of business, including its mortgage insurance businesses in Australia and Canada. Genworth’s senior management team will continue to lead the company’s headquarters in Richmond, Virginia. The transaction is not expected to change day-to-day operations for Genworth; the company will continue to focus on its key financial priorities. Those priorities include strengthening the balance sheet and stabilizing and improving ratings over time—particularly in the company’s U.S. mortgage insurance business.

The transaction will also not affect Genworth’s focus on its key operational priorities, one of which is executing its multi-year LTC rate action plan, according to the announcement.

“We believe that this transaction creates greater and more certain stockholder value than our current business plan or other strategic alternatives, and is in the best interests of Genworth's stockholders,” said Tom McInerney, President and CEO of Genworth. “China Oceanwide is an ideal owner for Genworth going forward. They recognize the strength of our mortgage insurance platform and the importance of long term care insurance in addressing an aging population. The capital commitment from China Oceanwide will strengthen our business and increase the likelihood of obtaining regulatory approval.”

China Oceanwide is headquartered in Beijing, China, and is a privately held, family-owned international financial holding group. The company’s businesses include operations in financial services, energy, culture and media, and global real estate assets, including in the U.S. China Oceanwide’s businesses employ more than 10,000 people worldwide.

“Genworth is an established leader in both mortgage insurance and long term care insurance, which are markets that present significant long-term growth opportunities,” added Lu Zhiqiang, Chairman and Founder of China Oceanwide. "We are impressed by Genworth's purpose and its focus on helping people manage the financial challenges of aging as well as achieving the dream of homeownership. In acquiring Genworth and contributing $1.1 billion of additional capital, we are providing crucial financial support to Genworth's efforts to restructure its U.S. life insurance businesses by unstacking Genworth Life and Annuity Insurance Company (GLAIC) from under Genworth Life Insurance Company (GLIC) and address its 2018 debt maturity. In order to close the transaction and achieve these objectives, we have structured the transaction with the intention of increasing the likelihood of obtaining regulatory approval.”