Home / Daily Dose / How Much Longer Will Home Prices Climb?

How Much Longer Will Home Prices Climb? 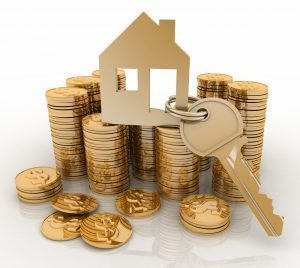 U.S. median home prices continued to rise in August, up 0.3 percent from July. Previous estimations of prices in July have also been revised upward, up from 0.2 percent to 0.4 percent. This is in accordance with the seasonally adjusted monthly House Price Index (HPI) released by the Federal Housing Finance Agency (FHFA). The full breakdown and analysis on the index by the FHFA can be read here.

The FHFA calculated its monthly HPI using sale prices from mortgages sold to or guaranteed by Fannie Mae and Freddie Mac. Looking at the numbers year over year, one sees that since August 2017, home prices across the nation have risen a total of 6.1 percent.

Although housing prices are still rising, the rate of growth has declined, and while some experts think this could constitute a problem for the market, Tendayi Kapfidze, Chief Economist with LendingTree, describes the housing situation as “a beautiful slowdown.” He argues it is necessary for price momentum to ease since it had reached an unsustainable rate, with a rise in prices outstripping wages since 2012.

“When we look at prior housing cycles,” Kapfidze said. “Continued acceleration in home sales and prices would have to come at the cost of increasing leverage. This is how we got in trouble before. Had the market slowed in an orderly fashion from 2003 through 2004, we may have saved the economy from the woes unleashed later in the decade.

Previous: And the Appraisal Survey Says …
Next: What the Departure of Wells Fargos’ Top Execs Means