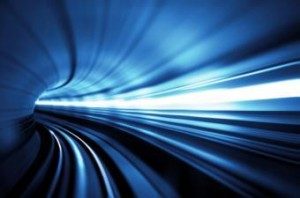 “As a result of an increasingly digital economy, more personal information is available to

companies than ever before, said Chairman Mike Crapo in his opening statement. “Private companies are collecting, processing, analyzing and sharing considerable data on individuals for all kinds of purposes.”

A common idea brought up in the hearing is the “data as property model,” which, in theory, gives people more control over their data.

“The ACLU is strongly concerned about the data as property model and how it is being presented to the American public and its lawmakers,” said Marlow in his statement. “While the data as property model may have merit as a tool for redistributing the money that is currently being made off the sale of personal information, any claim that it advances privacy is false. To the extent Congress is seeking to provide greater private protections for Americans’ personal information, what we need is an affirmative consent-based model that provides all individuals the ability to opt-in (or not) to the sharing of their personal data.”

Earlier this year, the Banking Committee discussed the structure and practices of the data broker industry and technology companies, such as large social media platforms and the gaps that exist in federal privacy law as well as the changes to federal law, including the Fair Credit Reporting Act (FCRA), that should be considered to give individuals real control over their data.

In that hearing, Dr. Alicia Cackley, Director of Financial Markets and Community Investment at the Government Accountability Office noted that some fintech firms collected more consumer data than traditional lenders. “For example, fintech lenders may have sensitive information such as consumers’ educational background or utility payment information, and according to certain stakeholders, these data may contain errors that cannot be disputed by consumers under FCRA,” Cackley told the committee.

The full hearing can be viewed here.

Previous: Why Wall Street Is Critical to GSE Reform
Next: Former Fannie Mae CEO Talks Challenges Ahead in Housing