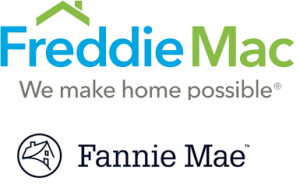 Citing the need to substantially improve the “Duty To Serve” (DTS) proposals set forth by Freddie Mac and Fannie Mae, 20 groups have come together calling on the GSEs to improve their proposals that they say fail to meet the needs of the target demographics.

The DTS program requires Fannie Mae and Freddie Mac to facilitate a secondary market for mortgages on housing for very low-, low-, and moderate-income families in three underserved markets: Manufactured Housing, Affordable Housing Preservation, and Rural Housing. The DTS program requires the GSEs to prepare plans detailing specific objectives and activities they plan to implement to fulfill the DTS mandate.

In a letter to Federal Housing Finance Administration Acting Director Sandra L. Thompson, the coalition of companies urged FHFA to make regulatory changes to enable DTS to function as intended by providing Fannie Mae and Freddie Mac with the flexibility to more effectively reach underserved mortgage markets before the current proposal is approved by regulators.

“We respectfully urge the Federal Housing Finance Agency to pause the effective date of the plans while requesting substantially improved written proposals from the Enterprises that would be available for public comment as soon as practicable, that will allow for public input prior to implementation in 2022,” the published letter from the coalition said. “Among other concerns, we believe these three-year plans do not fully articulate a strategic vision for meeting the spirit or the letter of the Duty to Serve Regulation; they inappropriately propose to drop highly touted and much needed programs such as purchasing manufactured housing loans titled as personal property without explanation; and they propose to reduce loan purchase targets for all three target areas—manufactured housing, affordable housing preservation, and rural housing.”

In addition, the letter calls for the GSEs to improve its racial equity planning process by piloting new affordable housing products and reversing a legal opinion that prevents the GSEs from making “targeted equity investments through community development financial institutions and other mission-oriented entities” which could further reach underserved communities in need of affordable mortgage financing options.

On the other hand, the letter commends the GSEs for beginning a racial equity strategic planning process, which the group hopes will lead to additional housing opportunities for families.

The coalition of companies is also planning on using a new tool to track the performance of the GSEs related to DTS and racial equity. They are also conducting their own research into the general performance of the two enterprises to the broader market, making it easier to assess the extent and effectiveness of how they are currently serving the market.

"Solving our housing affordability crisis requires multiple actions by all levels of government and the private sector, and an invigorated role for Fannie Mae and Freddie Mac is one of them," said George W. "Mac" McCarthy, President of the Lincoln Institute of Land Policy and the lead convener of the coalition. "The Underserved Mortgage Markets Coalition seeks to hold Fannie Mae and Freddie Mac accountable and uphold their founding purpose: to bring housing finance opportunities to American families not traditionally served by the private market."

The members of the Underserved Mortgage Markets Coalition include:

In a move to support the nation’s underserved housing markets, the Biden Administration and the Federal Housing Finance Agency (FHFA) announced in September that Fannie Mae and Freddie Mac can each invest up to $850 million annually in the Low-Income Housing Tax Credit (LIHTC) market as equity investors. Previously, each GSE was limited to $500 million of investment annually in the LIHTC market.

The move by the FHFA marks an increase in the number of investments under the cap that must be made in targeted transactions that either support housing in Duty to Serve-designated rural areas, preserve affordable housing, support mixed-income housing, provide supportive housing, or meet other affordable housing objectives.

Previous: First American Completes Acquisition of ServiceMac
Next: Competition for Short Supply of Homes Eases Up