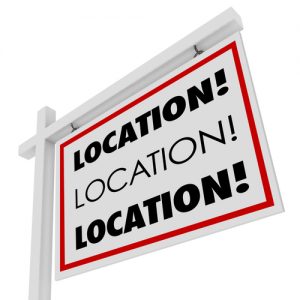 There is new data which ranks the top 20 U.S. metropolitan statistical areas (MSAs) by the highest percentage of real estate owned (REO) properties transacted in 2017. The report containing the data was released by Hubzu—an online real estate marketing platform—and not only tallied the numbers of properties bought and sold last calendar year but also identified the average number of days that a listing was on the market, as well as the average difference between its listed and sale price.

The data released by Hubzu reveals one region is clearly dominant in REO sales—and that is the South. A sizable 38 percent of all real estate bought and sold in Huntsville, Alabama in 2017 were REO properties. In Clarksville, Tennessee, 34 percent of the properties sold were REO. Florida had two cities next on the list to round out the top four, with 30 percent of properties sold in Gainesville REO and 28 percent in Pensacola.

Outside the South, other regions that saw a high percentage of REO transactions were the Midwest and West. In fifth place was Lima, Ohio, with more than a quarter (26 percent) of home sales having been REO. Following Lima was another Ohio metro area—Cincinnati, with 22 percent. Las Vegas and its surrounding environs were seventh with 22 percent REO sales and then a third Ohio city, Akron with 21 percent, came in eighth. California makes it on the list next, with Modesto having 20 percent of its home sales in 2017 being REO properties.

The rest of the metro areas to make the list were in Ohio, Florida, Kentucky, and California. The single outlier to make the list was York, Pennsylvania, which came in 20th with just under 17 percent of its home sales involving REO-properties.

The top 20 REO MSAs have an average of 70 days listed on the market. Modesto has the smallest average number of days (51) listed on the market, while Huntsville has the largest average number of days (88) listed on the market.“With tight inventory and appreciating home prices affecting real estate market conditions across the country, many people are pursuing fix and flip markets as strategic income opportunities,” said Patrick G. McClain, SVP of Hubzu Auction Services. “There is noticeable activity in the Southern and Midwestern markets, which may be less competitive. As more buyers seek smart investment opportunities, we can anticipate this trend of fix and flipping homes to continue.”