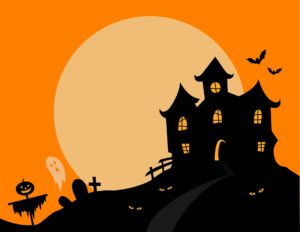 For those brave souls who are only scared of the process of buying and the high home prices, a recent report by Trulia looked at home values in neighborhoods near cemeteries, funeral homes, and mortuaries, revealing that these areas sometimes had some great deals on homes.

In fact, the report said that in some East Coast markets such as Philadelphia, Allentown, and Pittsburgh many homes could be found in neighborhoods with these establishments. "In and around Philadelphia, more than half of all homes are within a half-mile of a cemetery, funeral home, or mortuary; roughly one-in-five are within a quarter mile," Trulia said.

In historic cities such as New Orleans, Richmond, Charleston, Silver Springs, and Philadelphia, the report said, houses within a quarter mile of undertaking establishments were found to have higher home values than those further away even after controlling for home attributes likes the number of bedrooms and square footage.

However, in markets like Allentown, homes within a quarter-mile of cemeteries or mortuaries were worth 13.6 percent less than homes farther away, the biggest discount among all metros analyzed.

If these values weren't scary enough, a report by Zillow, which analyzed the value of homes on streets named Elm Street found that the city with the priciest Elm Street homes was Southampton, New York where home values overall were among the highest in the country. A median home on this street in Southampton was valued at $2.2 million compared to a median price of $1.5 million in any other part of the city, Zillow said.

Another city, where homes on Elm Street were pricier than anywhere else was Wellesley, Massachusetts where a median home on the street costs around $1.6 million compared to $1.2 million priced median homes elsewhere in the city. However, the Elm Street in San Carlos, California had homes priced 20.7 percent lower than the median home price for that city which was $1.9 million.

Previous: Don’t Worry About Cash-out Refis Just Yet
Next: Ten Years of Transformation

Just over a week after conformation by the U.S. Senate, former FHFA exec sworn in by HUD Secretary Marcia L. Fudge to spearhead the FHA’s goals of expand access to safe, affordable, and sustainable housing.