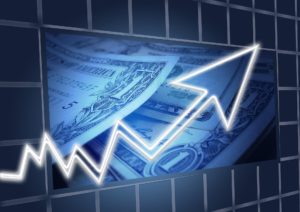 The extended period of low mortgage rates is drawing to a close, but it's definitely left its mark on the U.S. housing market. According to a new report by the Urban Institute, 91 percent of mortgages as of September had average rates below 5 percent.

But while that's been good for consumers, Urban Institute reports that it's been less of a positive for the GSEs.

“One consequence of the increase in mortgage rates is that the pool of borrowers who are able to save money by refinancing their mortgages has shrunk substantially,” the report states. “We have seen this in recent months, as the refinance share for all three agencies has plummeted.”

September shares finished at 32 for Fannie Mae, 26.5 for Freddie Mac, and 21 for Ginnie Mae.

“This also has implications for the options homeowners have for extracting equity from their homes,” the report states. Typically, these include cash-out refinances, home equity lines of credit, or HELOCs.

According to the institute, the cash-out refinance share of conventional refinance mortgages rose to 77 percent in Q2. That's the highest level since the third quarter of 2008 when the share was 78 percent.

“In 2008, however, the cash-out spike was due to borrowers overleveraging their homes,” the report states. Today's numbers are attributable to the reduction in rate refinances.

The effects on loan originations have been slight. According to the report, first lien originations totaled $820 billion in Q2, which was down only a bit from Q2 of 2017. That's mostly due to higher interest rates.

Origination of private-label securities was under just under 2 percent, which was higher than the 2017 share of 0.6 percent.