Home / Daily Dose / Where Inventory’s Growing, And Where It Isn’t

Where Inventory’s Growing, And Where It Isn’t 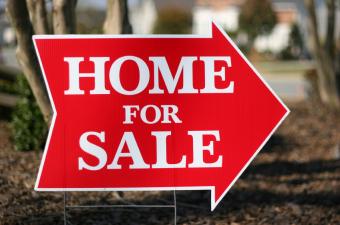 After four years of declining inventory, prompting rising prices and bidding wars, the housing market finally experienced some relief in October. Nationally, housing inventory increased 2 percent in October with an additional 25,000 listings on the market, according to a realtor.com report released yesterday.

New listings were also about 190 square-feet smaller than existing listings, according to realtor.com.

These cheaper and smaller listings could be particularly attractive to new homebuyers.

“The inventory increase will not solve the problem overnight, but it should provide some relief to those still in the market, especially if the growth we’re seeing in more affordable homes and condos hold steady,” said Danielle Hale, Chief Economist at realtor.com. “However, affordability is still an issue with increasing mortgage rates and prices keeping many would-be buyers on the sidelines.”

In San Jose, California, one of the highest priced and most competitive markets in the country, the number of active listings in October was up 130 percent from last year, while new listings increased 28 percent.

San Jose far outpaced all other markets in terms of inventory growth, but the Seattle, Washington, metro—another hot market—ranked second in overall inventory growth with a 60 percent increase in active listings over the year.

At the other end of the spectrum, the Indianapolis metro experienced the greatest inventory decline among the 45 metros in the study. Inventory is down 16 percent since last year, although new listings rose 13 percent over the year.

Similarly, the Milwaukee, Wisconsin; Oklahoma City, Oklahoma; and Pittsburgh, Pennsylvania, metros all experienced inventory drops of at least 10 percent over the year in October.