Home / Daily Dose / How Many Homebuyers Were Eager to Move in Q3?

How Many Homebuyers Were Eager to Move in Q3? 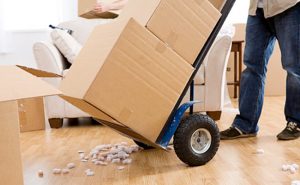 During a time when many people are looking for permanently remote jobs in light of the ongoing pandemic, internal data from Redfin shows that 30.2% of Redfin users looked to move to a different metropolitan area in the third quarter of this year.

The number of people looking to move to another metropolitan area has fallen for the last two quarters—from 31.5% at the start of the year to 31.1% in Q2—which has coincided with the annual seasonal cooling the market typically sees this time of year.

The migration analysis is based on 3.3 million Redfin users who searched for homes in the top 125 metro areas in the third quarter. In order to qualify for this dataset, users must have searched for at least 10 houses outside of their home metro area, and those searches must have made up at least 80% of their total search history for the quarter.

According to Taylor Marr, Redfin’s Deputy Chief Economist, while the migration rate has slipped in recently, it is unlikely to slip below pre-pandemic numbers anytime soon.

“We expect Americans to continue relocating at a higher rate than they did before the coronavirus pandemic,” Marr said. “As employers fight to retain talent during the ongoing labor shortage, they’ll face mounting pressure to introduce permanent flexible-work policies that will give more workers the option to move where they want. We’re also starting to see a resurgence in demand for vacation homes, which could help sustain the relatively high rate of house hunters searching outside their home metro.” 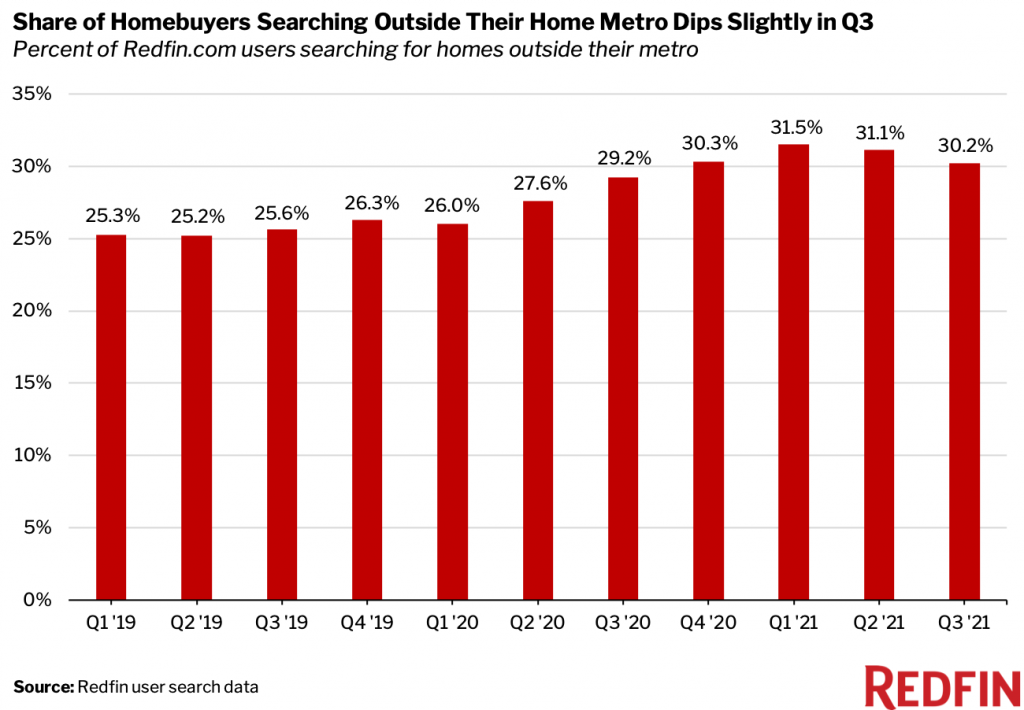 Many of the people who were looking to migrate to a new metro area came from the large job centers of San Francisco, Los Angeles, New York City, Washington D.C., and Boston.

According to report author Lily Katz, metropolitan areas that are warmer and more affordable than major job centers like New York City and San Francisco often top the list of most popular destinations to migrate to as workers prioritize housing costs, space, and weather over their job location and commute.

For example, 41.7% of Redfin searches in the San Francisco area came from people who were looking to move into the area.

“We’re not seeing as many buyers in Sacramento as we were at the height of the pandemic, but most of the buyers I do work with are still coming from the Bay Area,” said Sacramento Redfin real estate agent Dawn Marie Brown. “Remote work has become the norm for a lot of people—especially Silicon Valley tech workers—so they’re moving here to take advantage of the scenic countryside and high-quality schools.”