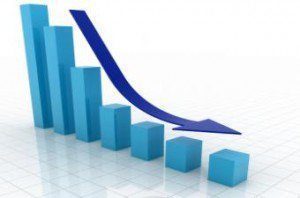 The national inventory of loans in active foreclosure fell to pre-recession levels for the first time since the financial crisis in September, according to Black Knight's Mortgage Monitor report that was released on Monday.

The report revealed that when today's foreclosure rates were taken into account along with "the fact that there are 16 percent more active mortgages today than the 2000-2005 average, relatively speaking foreclosure inventory is actually 40,800 below pre-recession norms." As a result, if the current rate of foreclosure reduction continued, active foreclosure inventory would hit a record low in September 2019 with fewer than 200,000 cases nationwide.

The Black Knight report also looked at how the increasing mortgage rates were affecting homebuyers and new homeowners. In September, the report revealed, only 1.86 million mortgage holders had an interest rate incentive to refinance indicating a 56 percent decrease from the start of the year. According to the report an estimated 6.5 million homeowners had missed their opportunity to refinance their mortgages due to rising rates, for an aggregate of $1.5 billion in missed savings per month.

"On average, these homeowners had a 22-month window to refinance. All told, that amounts to an aggregate of $1.5 billion in lost savings every month for these borrowers," said Ben Graboske, EVP of Black Knight's Data and Analytics Division. "This year alone, 2.2 million borrowers had the opportunity to see a 0.75 percent reduction on their first mortgage rates but did not take advantage of the reduced rates before increases to the 30-year fixed rate removed their incentive."

Homebuyers too were facing an affordability challenge with the median income to make the monthly payment on the average-priced home rising to 23.6 percent compared to the long-term benchmark of 25.1 percent. "The monthly principal and interest payment needed to purchase the average-priced home has seen a $190 per month increase since the beginning of 2018, an 18 percent jump," Graboske said. Additionally, at the start of 2018, only two states, California and Hawaii, were less affordable than their long-term norms. But by October, the number had risen to 10 states passing that benchmark and another six were within 1 percent of long-term affordability levels.

Previous: MBS Trends Are Changing
Next: The Equality Affirmation