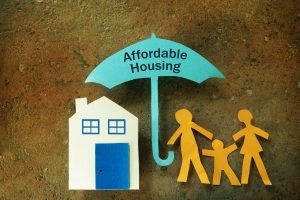 A new study by Redfin shows that homeseekers looking to stretch their money as far as possible should now be beginning to see a bit of relief as the amount of affordable homes on the market jumped 13% over last year.

According to Redfin Economist Lily Katz many Americans who own low-cost affordable homes are putting them on the market after their mortgage forbearance programs end.

"The end of forbearance has forced many lower-income Americans to put their homes up for sale and become renters," said Redfin Chief Economist Daryl Fairweather. "This has caused the number of affordable homes on the market to surge, helping replenish inventory amid an acute housing shortage. It's a rain storm after a long drought, but the drought isn't over yet."

Redfin’s analysis broke up all U.S. residential properties into five price tiers: most affordable, affordable, mid-priced, expensive, and luxury. The most affordable and luxury tiers represented the bottom 5% and top 5% of houses, while the middle three tiers were equally sized at 30% each in their respective percentile.

“Housing supply in both the most affordable and affordable price tiers remains below historic levels despite the recent record increase,” wrote Katz in the report. “There were 78,000 active listings in the most affordable tier during the third quarter, compared with more than 100,000 during each of the same periods from 2013 through 2016. In the luxury price tier, there were 158,000 active listings in the third quarter, the fourth-lowest level on record.”

“The luxury market remains strong, but is past its pandemic peak,” Fairweather said. “Now that life is somewhat back to normal and travel restrictions have been lifted, many affluent Americans are opting to spend their money on things other than housing.” 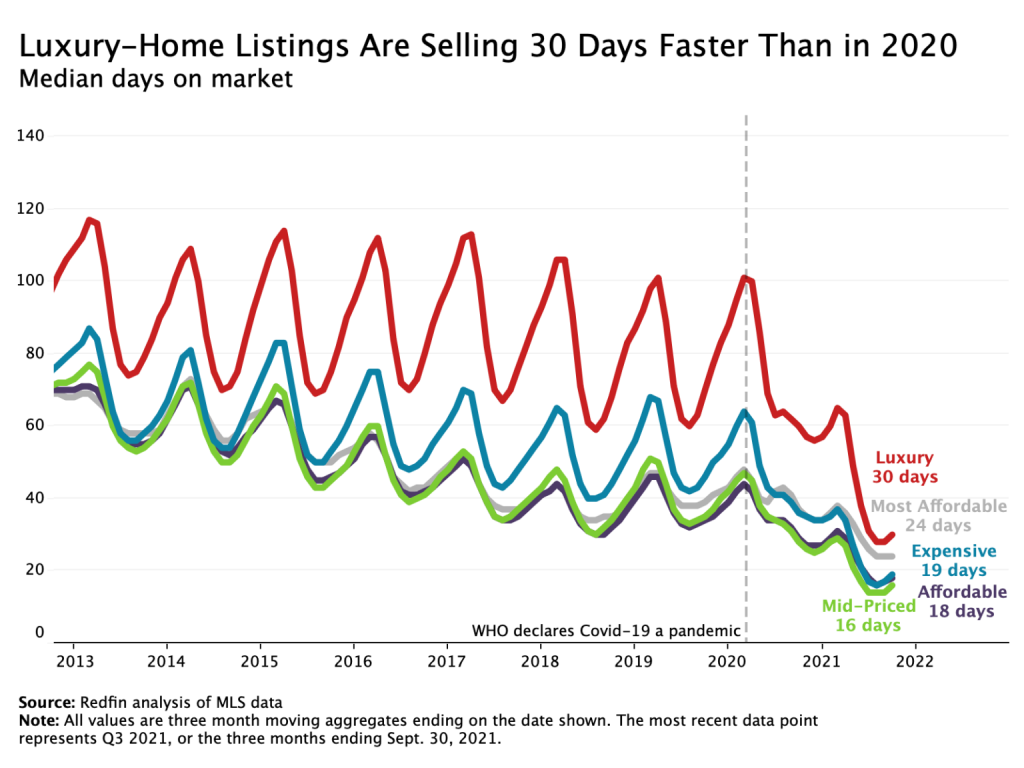 Click here to view the report, including a breakdown of data for the top-50 metro areas Redfin tracks.

Previous: DS5: Examining the Impact of Auctions
Next: Data’s Role in the Mortgage Industry