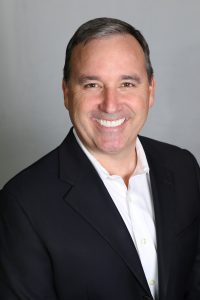 Steve Staid has 27 years’ experience in the mortgage industry, primarily in mortgage servicing.  From 1992 to 2007, he worked at several mortgage servicing companies and held a variety of leadership roles in the default and customer service areas. In 2007, Staid relocated to Europe, where he was responsible for mortgage servicing operations in a number of countries across the continent.

Upon his return to the United States three years later, he took a leadership role at Saxon Mortgage, a Morgan Stanley subsidiary, eventually becoming its CEO. In 2012, Staid took on a leadership role at Bank of America, overseeing non-default servicing operations and the bank’s mortgage related companies, including their title company, their appraisal management company, and several other entities.

In 2017, he joined PHH as the head of mortgage servicing and business development.

Staid, now the new Chief Servicing Officer with Gateway First Bank, spoke with DS News on his new role, changes in the industry, and what lies ahead for the consumer in 2020.

What are your thoughts on being named Chief Servicing Officer at Gateway First Bank?

I’m extremely excited to be working with Gateway. They're a great mortgage company, that's now also a bank, and there is a huge opportunity to grow their servicing book in the coming years.

At Gateway, we have a very powerful origination channel, and have proven over time that it's sustainable and profitable. As a servicing company, you really need a channel for loans to come in. Loans pay off over time, and borrowers refinance or pay off their mortgage in full.

Having a pipeline into a servicing platform is critical, and that's one of the strengths at Gateway that I found very appealing.

How has the housing industry changed during your career?

The biggest change in the industry has come about since the crash in 2008 with the disappearance of the private market. Around 93 percent of the mortgages originated are now supported by Fannie Mae, Freddie Mac, FHA, or Gennie Mae. That's incredibly different than it was 10 to 15 years ago.

While those were still viable options, you also had a liquid secondary market for private placement and securitization, not through the GSEs or FHA. That simply has not come back for 10 years, and it doesn't seem likely to make a wild comeback in the near future either.

What are your thoughts on the current state of the industry with 2019 coming to a close?

I think the biggest challenges for the servicing industry in the coming years are going to be surrounding profitability.

One of the things that servicing entities are challenged with, simply with 93 percent of mortgages being GSE or FHA related, is that the servicing fees on those are fixed. If you look at how the inflation curve has run lately, it's not that scary. But, if you want to project inflation over the coming years, we're talking about the cost of servicing going up just on inflationary basis, over the next five years, maybe 10 to 15 percent. Our expense base is going to increase, yet our ability to increase our revenue is going to be capped by the growth of mortgage balances. The 25-basic points of fixed servicing fees has been in place for a long time, and I think that will continue to bring more pressure to bear on the profitability of servicers over time.

What role do you see technology playing in the service industry as we enter 2020?

The companies that are more advanced along those lines will find themselves successful as this profit and loss pressure mounts, if inflation rises over the next five years as predicted.

Do you believe affordability could increase for the consumer in 2020?

It is a more complicated story than most people would probably believe. We understand that housing starts in high growth areas, in the big urban centers - think of the Dallas, Houston and Denver.

Unfortunately, new stock is not keeping up with the demand for housing.

The underlying challenge here that we're having an interesting dialogue about at Gateway is that low to moderate house prices have become very difficult to find in those sorts of markets and very difficult to start. The cost of new home builds has gone up dramatically in the last 10 years.

Additionally, cities and municipalities are taking a really good look now at what their tax base needs to be in order to afford the services to their community.

There is an interesting dynamic whereby it's incredibly more expensive than it has been to build a house, and cities would like to see a higher tax base in order to afford all the services required for their community. What does this mean for affordable, single-family housing in the future?

Do you think the move to high-density zoning could be a viable solution to the affordable housing crisis?

I’m not sure there is another solution right now, especially if you think of somewhere like San Francisco, or Seattle, where you are limited in how you can expand. You have geographical limitations to those places. Seattle can't be a sprawl, especially when compared to somewhere like Dallas.

Everyone is talking about growth in areas, like those big metroplexes, but the growth is outstripping the ability to build single-family houses anyway. It's got to go high density.

2019-11-06
Mike Albanese
Previous: The Danger Beyond the Storm
Next: The Areas Where Homeowners Are Still Underwater