Home / Daily Dose / The Danger Beyond the Storm

The Danger Beyond the Storm 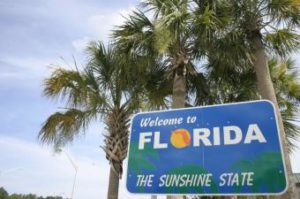 Florida may be known for a high volume of natural disaster-related damage, but according to a study from Location Inc., Florida also has the highest volume of non-weather-related damage. According to the study, while 1 in 15 homeowners will experience damage that results in a non-weather water claim during the standard five year insurance policy lifecycle, in Florida, that number jumps to 1 in 3 at the highest, with an average claim probability of 1 in 9.

Unlike the storms that hit hit Florida’s coastline too often, these damages often occur inside the home. Damages can include appliance leaks and failures, plumbing leaks and pipe failures, fixtures leaks and failures, or ruptured connecting hoses. In total, Location Inc. notes that insurers lose $8.2 Billion a year from plumbing and appliance leaks, and the average costs for repair is around $6,695. Repairs can cost much more, however, as non-weather water claims vary by location, ranging from $1,354 to $44,686.

In Florida, private insurers are focused mainly on non-weather-related risks, and commentary from the Harvard Business Review states that no private insurance companies retain residential flood risk in Florida, Virginia, and other coastal markets due to sea levels, and programs such as the National Flood Insurance Program keeps residents insured.

There is also a lack of restrictions on where one can build and what cane be built. “A society that prides itself on free will and self-determination is loath to say what a property owner can and cannot build on their own land as long as it meets rudimentary building and zoning codes: So more and more people move into harm’s way in flood plains, low-lying coastal areas, and tinder dry western landscapes,” the report states.