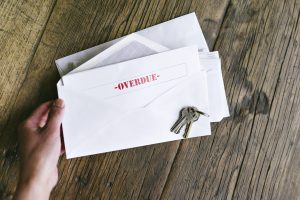 CoreLogic’s Loan Performance Insights Report [1] for August 2021 found that just 4% of all mortgages nationwide were in some stage of delinquency (30 days or more past due, including those in foreclosure), a 2.6-percentage point decrease in delinquency compared year-over-year, when the delinquency rate stood at 6.6%.

“The unprecedented fiscal and monetary stimuli that have been implemented to combat the pandemic are pushing housing prices and home equity to record levels,” said Frank Martell [2], President and CEO of CoreLogic. “This phenomenon is driving down delinquencies and fueling a boom in cash-out refinancing transactions.”

Recent actions by the Federal Reserve [3] to begin a gradual taper, easing away from emergency stimulus after jumping into action to maintain U.S. economic stability since the outset of the pandemic in March 2020. The Fed, citing “progress on vaccinations and strong policy support, indicators of economic activity and employment continuing to strengthen,” will maintain the target range for the federal funds rate at 0 to 1/4% until the labor market maintains levels consistent with the Federal Open Market Committee's (FOMC) assessments of “maximum employment and inflation at 2% percent.” 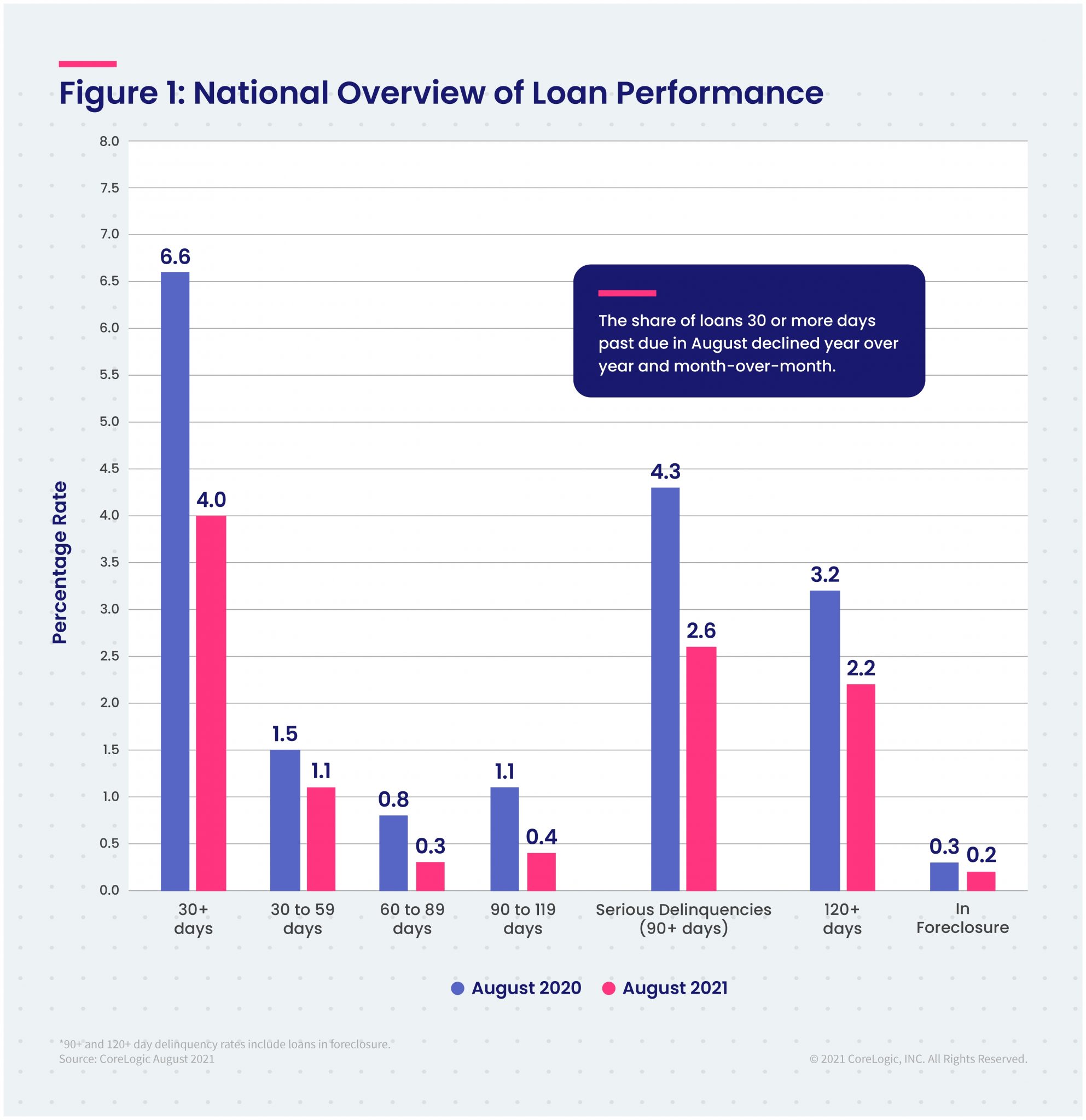 CoreLogic examined all stages of delinquency in August 2021, and their year-over-year changes, were as follows:

The Bureau of Labor Statistics reported [4] that the American economy added 235,000 jobs in the month of August, as the unemployment rate dropped to 5.2%, dropping from 5.4% in July.

“The decline in the overall delinquency rate to its lowest since the onset of the pandemic is good news, but it masks the serious financial challenges that some of the borrower population has experienced,” said Dr. Frank Nothaft [5], Chief Economist at CoreLogic. “In the months prior to the pandemic, only one-in-five delinquent loans had missed six or more payments. This August, one-in-two borrowers with missed payments were behind six-or-more monthly installments, even though the overall delinquency rate had declined to the lowest level since March 2020.”