The Exchange: Breaking Down the Cyprexx/Xome Field Services Deal 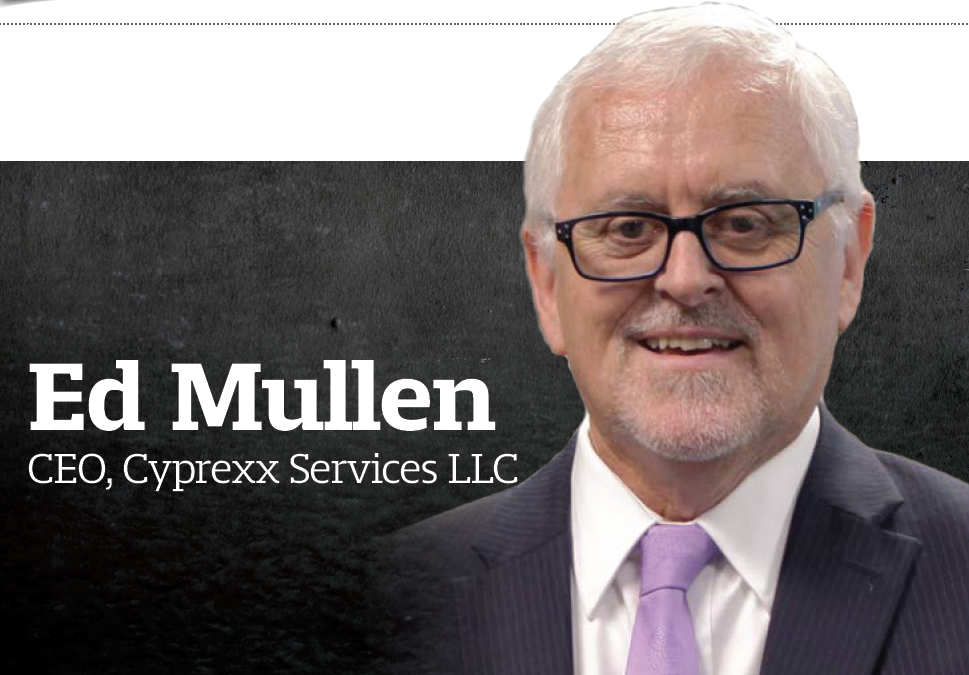 This piece originally appeared in the November 2021 edition of DS News, available here.

This past September, Cyprexx Services announced that it had entered into a definitive agreement to purchase Xome Field Services, with the sale expected to close during Q4 2021.

In a statement at the time, Ed Mullen, CEO of Cyprexx, said, “We envision the united companies will provide Cyprexx with the ability to expand our footprint, create greater efficiencies, and utilize our core competencies to better serve existing and new clients.”

As word of the deal broke during the annual Five Star Conference & Expo in Dallas, DS News got the chance to sit down in person with Mullen to discuss the deal and its implications for Cyprexx, Xome Field Services, and the larger industry.

Could you tell me how this deal came together?
Mullen: When we heard in the industry that Xome was looking to sell most of its components, we immediately reached out to their operations folks to let them know we wanted to be involved in the process and have a seat at the table. Mr. Cooper was a large client for us back when volumes were high, and we were already fully integrated with all their platforms and other systems. We also ranked very high on their scorecard. Because they wanted to look at a partner that could manage this for the long term, I think we became the favorite, not just because of our past performance but also because of our confidence in what we could do from a quality point of view. So far, it’s been a fast process: from the days of the first initial calls to a definitive agreement in less than 90 days, including financing commitment.

How does that compare to the typical timeline for this sort of deal?
Mullen: It depends on the structure, the financing, and the size of a transaction. Standard would be 120 days by the time you get through the process and diligence. This transaction is a carve-out so there are no audited financials at the specific entity level. The audited financials are at the top company, the Mr. Cooper level, and down to a subsidiary level, but not audited when you go below the subsidiary. For a carve it out—you must extract relevant financial components out of their general ledger, stand it up as a standalone business to then see what additional resources are needed because usually there are a lot of overhead type functions that the parent does. That was the biggest piece, just getting our heads around all of it.

The exciting thing for us is there are no crossover clients. Cyprexx’s client base is very different than that of Xome. So, we’re looking forward to the opportunity to work with these new clients.

How does this new partnership strengthen both Cyprexx and Xome Field Services?
Mullen: From a Cyprexx point of view, it adds scale, add skill set to our bench and allows us to be linked to a leading mortgage servicer as they grow. From Mr. Cooper’s point of view, I believe, it’s allowing them to go back and focus on their core business. So, it’s a perfect win for both of us. We needed to scale. We needed a long-term relationship. They wanted a partner they could trust in a long-term relationship. So, we were both aligned but for different reasons.

This sort of consolidation can sometimes bring anxiety for the existing team members. What is your message to the Xome Field Services team during this process of integrating them and bringing them under your banner?
Mullen: There’s always that anxiety with any of these transactions. So, I would say that before, they were a smaller cog in a huge wheel. They’re no longer a smaller cog; with the consolidation of Cyprexx they are now a larger National Field Service provider. I think they’ll get a lot more attention. We’ve outlined our culture for them, and we’ve always been a very friendly, family-orientated company. That doesn’t mean they won’t make tough decisions, but it’s different from being part of a large corporation.

Here at the Five Star Conference in Dallas, some of their leadership got to spend time with the Cyprexx founder, his wife, and the family. We are looking forward to the growth between the two of us, and our message to them is, we’re going to onboard your team as fast as possible and look to get the best in class out of both organizations. We will evaluate their workflows and see if they have anything that we can adopt to strengthen our existing processes. And then, together we’ll just put our shoulders behind the wheel and grow.

What are your next steps in this process?
Mullen: Establish a TSA, a transaction services agreement to ensure a smooth transition of all back office, IT, and corporate overhead support while we are establishing this independently.

Usually, the TSA runs for 90 days. During that time frame we will conduct training on systems, get to know the people and they will get to know us.

We have an idea of what we want to do from a system perspective, having our own IT department. We have an excellent operating system due to its integrations with nearly all our clients’ systems. So, I would say it’s a matter of just training and then transitioning the new business onto our operating platform.

Our workflow is very centered around the customer—from start to finish, people are managing the property from the very start, all the way through completion. Xome’s processes were more of an assembly line: A person completes a piece of the preservation process but is not responsible for managing the property through the lifecycle. It was very segmented. To get their employees now trained on our operating platform is one challenge while ensuring no hiccups with any of the clients. We’ve got to make this as seamless as possible. Tony Maher, Cyprexx’s Director of Business Development, has already reached out to their client base to reassure them and walk through the conversion process.

Our operating platform also has some sophisticated reporting. Take for example Fannie Mae, they want a lot of data and analytics and we have we created those capabilities. PennyMac is another data-centric, hands-on client. We believe we can offer some nice reporting that they were probably getting, but now they’ll be getting it from different groups with a consolidated view.

With the challenges of remote work or hybrid workflows, does that complicate something like this, where you’re onboarding people from another company into your systems and culture?
Mullen: It does make it more challenging. People like to sit across the table or site visit to “kick the tires.” We haven’t seen the office building in Austin. They have a lot more people working remotely than we do. They had roughly 60 people in Austin and 10 here in Dallas with the remining spread across the U.S., working from home. We’ll leave that in place until we see how the workflow goes.

Cyprexx operations has gone back to a hybrid work environment, working up to three days in office. Work from home and remote-based employees does make training a little bit more challenging. We will use Microsoft Teams, where one of our coordinators using a headset and a mirror image on the trainee screen can speak to how the process is managed, keystrokes used and the trainee can see the system, process, and listen to instructions. The Cyprexx coordinator basically “drives the bus” and when vendors are called the trainee can hear the call. They’ll do that for a day or two, and then I would say to the trainee “now it’s your turn.”

It’s a bit like if I drove you to a stadium, you’d kind of remember where I went, but if you drove it the next time around, you’d know exactly where everything is. If you put them all into a conference room and you’re showing them a sophisticated system, half of them start drifting away. Most of these folks have been there for several years, so they know the industry, they know the terms, so it shouldn’t be as difficult, but it would be nice if we could take four or five of our folks and send them to Austin for a month, so we have everybody in one place to go through it. Thankfully, COVID taught us how to use a lot of technologies that we didn’t use before.

You mentioned trying to speed this process along so you could time the release of the announcement during the Five Star Conference [this past September]. How challenging was that timeline?
Mullen: The challenge was completing the quality of earnings and getting that in such a way that a financial institution could look at and say, yes, I’m prepared to give you funding on this basis because I know it’s a sound business model. Another challenge was getting the legal agreements in place. We had financial, legal and HR diligence running concurrently.

We had to get all that in place, work on the purchase agreement, and then get an approval process stated with lenders. The lender had a few weeks to pull everything together, and that involves a separate set of legal documents for approval with their own committees and credit officers. We had a very focused, dedicated team that did nothing but this for the past 90 days. There was a lot of heavy lifting on both sides.

We wanted to get it done, so we had a full quarter to get ready for what we believe will be a spike in volume, whether it’s the eviction moratoriums being lifted, or if default rates increase from forbearance plans expiring. We wanted to get ourselves in a position where, if and when that volume hit, we could start and not miss a heartbeat. In our case we were trying to get different organizations together on one operating platform, so that was what the rush was.

From the seller’s point of view, they were also trying to get it done quickly. Mr. Cooper’s primary focus right now is to get back to their core. Some M&A transactions can drag on for 120 to 180 days+, and what often happens is, people get “deal fatigue.” If you can get a concentrated group that focuses on it, they’re not worried about their day-to-day work as that’s been picked up by somebody else, it helps. The primary goals for Cyprexx were to get it completed as quickly as possible so that we could integrate, train, and get ready for new clients and a potential increase in defaults.