Home / Daily Dose / Who is Really at Fault for the Affordability Crisis?

Who is Really at Fault for the Affordability Crisis? 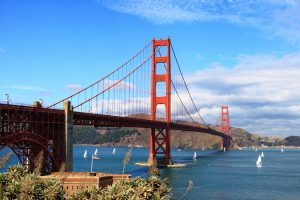 Analysis from The Hill says while tech giants such as Apple, Microsoft, and Facebook are committing billions of funds toward affordable housing, it is the lack of government response that “warrants the brunt of our ire.”

The piece, authored by Ethan Blevins, says many blame the tech industry for San Francisco's affordability woes. Blevins says that between 2012 and 2018 rent rose 29.5%, while supply grew by 2.8%.

“The cities receiving San Franciscan refugees built more housing to accommodate this influx than San Francisco built to house its own people,” he said. “That problem sits squarely on the shoulders of the government.”

According to The Hill, the problem is two-fold. Urban growth boundaries prevent growth from expanding outward, and single-family zoning, minimum lot sizes, and density limits prevent “common sense increases” in supply like duplexes in residential areas.

“The people who stand to benefit from stopping growth are a well-organized group of elites with a lot at stake, while the benefits of growth, though substantial, are spread among everyone,” The Hill says. “It’s not hard to guess who shows up more often at city hall to crack their knuckles.”

Apple released a $2.5 billion plan earlier this month to help address the housing shortage and affordability issues in California.

The $2.5 billion plan will be broken down in the following categories:

Apple joins Facebook, Google, and Microsoft, who have all made contributions in recent weeks to help fix the affordable housing crisis in California.

Additional money in Proposition A will be divided as follows: