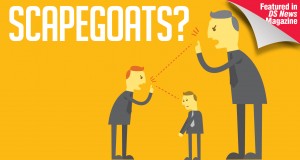 Property preservation companies have come under criticism in recent months. But is it warranted?

Until less than a decade ago, the property preservation industry operated in relative anonymity. With almost no regulation or oversight, companies charged with making sure vacant properties do not look vacant ran an industry well below the radars of government agencies and community activist organizations.

The recession changed all that in a hurry by creating a sudden glut of vacated properties and an equally abrupt spike in unemployment among the construction trades. Inevitably, entrepreneurs saw the bounty of vacant properties for the opportunity it was.

But this being the real world, where there is a yang to every yin, the suddenly enormous and profitable business of maintaining vacant properties had to be tamed from lawless west to regulated industry, and the sheer scale and rapid growth of the industry would draw the attention of watchdogs who want to make sure everyone was playing fairly.

Which brings us to the National Fair Housing Alliance, or NFHA, a Washington, D.C.-based public interest organization that seeks to eliminate injustice and discrimination in American housing. Over the past two years, the NFHA has led a multi-wave assault on property preservation companies that it claims have neglected foreclosed and REO properties in minority neighborhoods.

In August of 2014, the NFHA published a report titled, “Zip Code Inequality,” which outlines the results of a 20-month investigation, between 2012 and 2013, into the actions property preservation companies did and did not take on REO properties in neighborhoods of color, as compared to those in white neighborhoods.  The report claims that banks and Fannie Mae neglected homes in minority neighborhoods more so than comparable homes in predominantly white areas.

According to the report, the NFHA studied the job performance of preservation maintenance in middle-income neighborhoods of color and similar neighborhoods of predominantly white residents in several metro areas around the country. The report stated that several property preservation companies had routinely neglected homes in non-white neighborhoods by not performing basic tasks, such as cleaning up trash on the properties, collecting mail, and raking leaves.

Accusations of industry misconduct eventually stirred official reaction. In June, a group of Democrat senators, citing the NFHA report, signed a letter sent to the heads of the Department of Housing and Urban Development, the Federal Reserve, the Consumer Financial Protection Agency, the Federal Housing Finance Agency, the Office of the Comptroller of the Currency, the Federal Deposit Insurance Corporation, and National Credit Union Administration, requesting an investigation into the NFHA’s claims that banks treat REO homes in white neighborhoods much better than those in minority neighborhoods.

“There is no advantage to us to do worse work on any property.”

Unsurprisingly, all these accusations have generated some uneasiness within the property preservation industry. Also unsurprisingly, because of its sensitivity, nearly everyone on every side of the accusations is skittish to talk about the issue. Only one senator responded to inquiries for this story. Sherrod Brown (D-Ohio) offered a statement:

“Federal agencies should ensure that the financial institutions managing these foreclosed properties use the same maintenance and marketing standards regardless of the race, color, or ethnicity of the homeowners who live in the neighborhood.”

The response from the companies has been understandably guarded. Assurant Specialty Property, offered only a single comment:

“Assurant is committed to preserving properties and neighborhoods without regard to location across the country. Our expert teams deliver service excellence throughout the property cycle and are committed to a high degree of professionalism, showing care and respect for the communities we work in.”

“There is no advantage to us to do worse work on any property,” Safeguard Properties CEO Alan Jaffa said.

Other preservation managers agree that issues of neglect are more random and infrequent than a campaign like the NFHA’s might suggest. According to Bryan Lysikowski. co-founder and CEO of ZVN Properties, while there are problems in the industry, any isolated instances of neglect among properties in poorer neighborhoods or neighborhoods of color are unintentional. No one, he said, sets out to do a bad job, regardless of the neighborhood.

Industry managers say that much (if not most) of the negative attention they get beyond any reports is centered on what happens with residential properties in poor, urban areas. Outside of the industry, these insiders say, people often mistakenly believe that property preservation companies are responsible for major renovation and repair work, which is simply untrue.

Think of property preservation companies as someone in a leaky lifeboat, scooping away buckets of seawater. These companies are not there to do major renovation work or even to bring troubled properties up to market condition. They exist to keep properties looking as if someone is occupying the space, and to maintain the property in the character of the surrounding neighborhood.

The unfortunate reality here is that not all neighborhoods surrounding vacant properties look that good. And in poor neighborhoods, regardless of ethnic composition, many properties are simply not kept in good condition.

The other problem is that properties in some areas can, frankly, be dangerous. While Lysikowski maintains that his company’s prime directive is to treat every house it manages as if the crew lives there, he also admits that some properties are in areas where preservation crews would be putting themselves at risk of physical harm.

“Sometimes, maybe people don’t want you there,” he said. “Sometimes the family who used to live there chases workers away. Sometimes properties are located in gang-infested areas, and the crew going over to mow the grass is simply too afraid of getting out of the truck.”

“It’s not that you don’t want to do it. It’s just that sometime you can’t.”

Moreover, while many preservation companies do perform some maintenance and needed cosmetic repairs, such as replacing broken windows with Plexiglas to make the building appear occupied, they are hampered by how much money they can spend and the permissions they get from HUD or the banks. This gets into the area of investor allowables, or the money beyond what HUD will pay in order to keep properties maintained. Anything that goes over what the government will fund, Lysikowski said, comes out of the bank’s pocket. So the question immediately becomes how much money is worth investing in a property to maintain it or get it back to market shape?

This, of course, is no small question. Property preservation companies are, after all, businesses, which means they need to make a profit. They do not have a lot of flexibility to be generous with their bottom lines and are beholden to how much money they are given in order to perform their jobs.

“It’s not that you don’t want to do it,” Lysikowski said. “It’s just that sometime you can’t.”

Even so, Lysikowski said the attention the NFHA has brought to the issue of property preservation neglect in certain neighborhoods and zip codes is actually a good thing. He said that there is always a degree of shock value to reports scolding a whole industry, particularly when that wagging finger is used to point out such a touchy subject as racial bias. But overall, bringing these issues into a public conversation will do his industry well in the long run.

Back in 2007 and 2008, Lysikowski said, no one was watching over preservation companies. That, in turn, brought a lot of fly-by-night companies who gave the industry a black eye. But with the attention now focused on how well preservation companies perform their jobs, it’s clear to him that companies will be forced to improve their practices and be accountable in a much deeper way.

“We went from nobody watching to being the center of attention,” he said. “That’s a good thing. Until you know there’s a problem, you don’t look at it. This has created another level of quality control.”

Lysikowski said that as the dust settles, corrective action occurs, and the industry constricts, only the true professionals will remain. But even when that happens, it will be good that someone is paying attention.

“[These issues] are a byproduct of procedures and policies that were not put in place,” he said. “But there’s always room to improve. You’re never perfect, no matter what you do.”

Sure, nobody’s perfect. But the industry is not just sitting still. They are coming together to proactively work to ensure that the business grows in a way that is responsible. For example, Property Preservation Executive Forum is a collection of field services executives, working together for the benefit of the industry by interacting with the clients, vendors, and regulators to solve common problems and to discuss the future of the business.

The industry is changing. But these firms are changing with it to serve communities better.