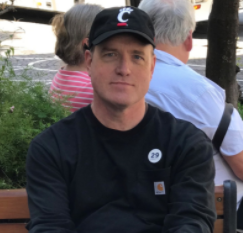 The Ashburn, Virginia, resident served as the first Chief Economist at the Federal Deposit Insurance Corporation (FDIC), where, according to an obituary on the Adams-Green Funeral Home site, "he was an integral part of the agency’s response to The Great Recession in the late 2000s."

“Rich was the consummate professional, with an accomplished career that set him apart from others, and yet, he never allowed his status to change the manner in which he engaged others,” said Andrea Riche, Chief, International Affairs, FDIC. “He was a kind, honest, and encouraging man with an unparalleled ability to find solutions to problems and get things done.”

Brown frequently spoke to bankers and other trade groups about the economy, and he was a source sought after by the Wall Street Journal, Business Week, CNBC, and other media outlets for insight, according to his bio on the FDIC's website. (The FDIC, in lieu of a comment, directed DS News to the 2003 press release announcing his appointment).

Later, from 2018-2019, Brown served on the White House Council of Economic Advisors, where he specialized in financial regulation and managed that part of the Economic Report of the President.

Those close to Brown say the savings and loan crisis of the 1980s "propelled him into a career in public service."

Ed Delgado, Chairman, Five Star Global, told DS News, “To say that Rich was respected and beloved by his colleagues, at the FDIC and abroad, would be an understatement.”

According to the tribute to Brown, his family believes his cancer possibly resulted from exposure to debris at the World Trade Center on 9/11.

"That morning, Rich was at a conference on the ground floor of the Marriott World Trade Center while his wife and two oldest sons were in their hotel room on the 15th floor," according to the tribute. "Rich knew exactly where to meet his family on their way down the stairs and safely escorted them to battery park in lower Manhattan before the collapse of the south tower."

In his personal life, Brown was a fan of cycling, history, and baseball. He is survived by his wife of 31 years, Catherine Brown, and four adult sons.

His funeral was held Friday at St. Theresa Catholic Church in Ashburn.

You can read the tribute to Brown in full by clicking here.