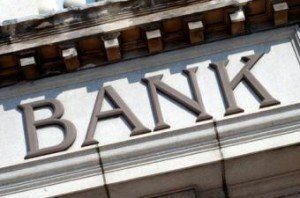 The National Flood Insurance Program (NFIP) was extended through November 21 earlier this year, but if it isn’t funded again, what can banks do to prepare? Diana Banks, Senior Counsel for fair and responsible banking at the American Bankers Association (ABA), noted in ABA’s journal [1] what banks should do before and after a lapse.

A lapse in NFIP funding will impact both loans that have not closed and borrowers with existing NFIP policies.

“Remember: flood determinations, disclosures, and notices to borrowers and other regulatory requirements must continue during a lapse,” Banks said. “It’s also important to evaluate safety and soundness risk and adequately document the bank’s management of those risks during a lapse. Remember to consider the overall portfolio risk created by a lapse in coverage, particularly if the bank has a significant amount of loans secured by property located in a special flood hazard area.”

After a lapse, Banks notes that banks should heck whether the reauthorization is retroactive, which determines the effective date of coverage for any NFIP policies applied for during the lapse.

Reauthorization of the NFIP may come with changes in policy. According to Director of the Water & Climate Team at the Natural Resources Defense Council Rob Moore, the existing NFIP is not equipped to handle the financial reality of today’s storms. In an opinion piece published on The Hill [2], Moore stated that [3] the NFIP’s debt load is growing, as the program, originally intended to encourage communities to take steps to progressively reduce the risk of flooding, has done the opposite. However, new legislation such as the National Flood Insurance Program Reauthorization Act of 2019 may “turn the tide.”

“The NFIP bill includes language that would make voluntary buyouts an eligible activity for ICC coverage,” Moore told The Hill. “These are funds that policyholders typically use to elevate a property. Increasing the coverage amount and clarifying that voluntary buyouts are available would simplify and shorten the buyout process, making buyouts a more viable option for residents of flood-prone areas.”