Need of the Hour: Uniformity in Servicing Data 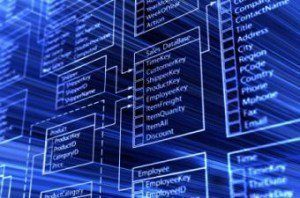 Uniform data standards for the mortgage servicing industry could lead to reduced servicing costs, better customer service, reduced compliance burden, and widespread innovation and automation in the industry. So claims the Mortgage Servicing Collaborative (MCS), a group of industry stakeholders brought together by the Urban Institute’s Housing Finance Policy Center in their report, The Case for Uniform Mortgage Servicing Standards.

Also, according to MCS, there’s no time like the present for diving into this lofty goal.

“Because most of the post-crisis regulatory overhaul is behind us, because delinquencies are low, and because the industry is no longer operating in turmoil, we believe now is the right time to implement uniform servicing data standards,” the MCS stated in its report.

The MCS laid out four main benefits of uniform servicing data standards. The first is “improved servicing transfer and subservicing processes.” When mortgage servicing rights are sold or when a subservicer takes on a portfolio of loans, a large amount of data must be transferred from one firm to another.

With almost 18 percent of GSE-backed, fixed-rate, full-documentation, fully amortizing loans having their servicing transferred as of 2016 and with subservicers handling 21 percent of the total outstanding unpaid principal balance in the single-family loan sector, the industry has a major incentive to ensure this data is transferred without error and as efficiently as possible.

“Standards can help minimize data inconsistencies and the expenses needed to mitigate them,” the MCS said.

While the MCS said, “it is hard to foresee the specific advancements that would take place if servicing data were standardized,” the group asserts, “high-quality data are clearly a prerequisite.”

Third, the MCS claimed data standards would result in “better, more accurate pricing for MSRs” because data transfers would be straightforward and free from errors.

Lastly, the MCS suggested standardized data can bring “more efficient regulatory reporting.” Mortgage servicers currently report to various different agencies on different timelines and with differing data requirements. With increased demands following the financial crisis, “servicers have doubled or tripled their compliance staff, increasing costs,” the MCS reported. “Standardization could reduce the need for such checks, as more reporting could be automated.”

The MCS admitted that “adoption of data standards will cost a lot in the short term” but asserted that “the likely payoff is far greater today than at any time in the past.” The group also suggested the large undertaking could be broken up into segments to make it easier to achieve.