Home / Daily Dose / The Future of Housing is …

The Future of Housing is … 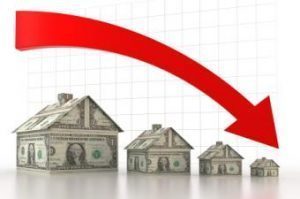 The roaring U.S economy and, with it the housing market, could be in trouble. This week, Mark Boud, chief economist at MetroStudy, offered a sobering portent of things to come during a fourth-quarter webcast. Among his predictions: recession could return in less than two years.

Part of the prediction centers on the pending inversion of yield spread in two-year and 10-year Treasury bonds. According to the Financial Times, the spread is “the difference between the short-term borrowing rate set by the Federal Reserve (the Fed) and interest rates on longer-term Treasury notes, determined by bond market activity.”

According to a graph Boud highlighted in his report, the spread is just above zero and about to dip below. When the yield inverts, Boud said, it's “an uncanny predictor for recession,” usually about one year out.

Boud said the inversion could trigger recession as early as 2020 or 2021.

Contributing to this potential looming problem is a cocktail of what tends to be portrayed as good news—job creation, housing starts, healthy interest rates. While those factors do make an economy healthy, Boud said, they've made for a competitive housing market.

“There are a lot of jobs creating a lot of home demand and that's keeping prices high,” he said.

In other words, job growth is outpacing home building, nearly two-to-one. Also, Boud said, “remodeling activity is through the roof,” in large part due to Millennials buying and remodeling more affordable homes, owners staying in place longer, and old home stock. According to a graph in his presentation, the market could find itself overbuilt by 2022, with a median national home price of close to $300,000. Interest rates by then could also be near or even above 5 percent, making new buying or refinancing harder sells.

Adding to Boud's concern for the economy is the volatility of the stock market, which he said: “will take a while to settle down.” The national debt, projected to top $21.6 trillion by 2020 or so, could badly hamper economic growth.

In unambiguous terms, Boud said these factors increase the risk of higher taxes, higher inflation, and a higher risk of financial collapse, “unless the tax structure is changed or government expenditure is dropped dramatically.”