A Focus on MBS 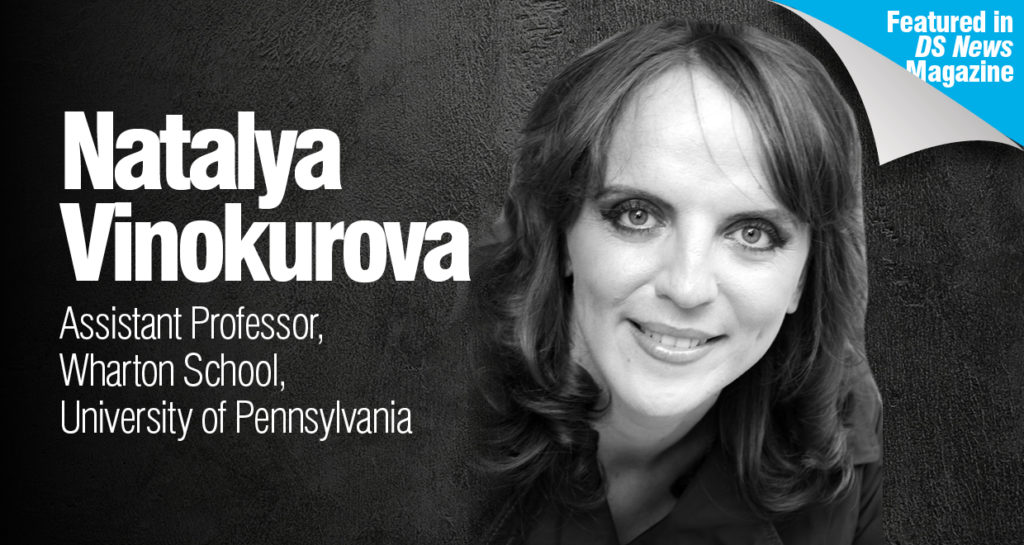 Editor’s Note: This feature originally appeared in the November issue of DS News.

Natalya Vinokurova’s research focuses on understanding how decisions get made in the real world and how these decision-making processes evolve over time. It involves studying patterns of decision-making in contexts ranging from heart surgery and mortgage-backed securities (MBS) to nuclear power. Vinokurova’s dissertation on MBS investigates how the use of analogical reasoning facilitated both the development and the collapse of the market for these securities in the United States. She’s currently working on research that gives insight into the history of mortgage ownership recording. Vinokurova, who holds a Ph.D. in Business Administration, from Stern School of Business, New York University spoke to DS News on what she learned from her research on MBS and if the housing market is poised to deal with the next crisis.

What are the lessons that the financial services industry still hasn’t learned from the 2008 mortgage crisis?

The issue of systematic risks comes to mind immediately when we speak of lessons that the financial industry has still not learned from the crisis. One of the underlying causes of the 2008 crisis was the market participants’ failure to appreciate that some risks, including the interest rate risk and the credit risk, affect the economy as a whole and, thus, could not be insured by private actors. And yet, the attempts to offer private insurance for these risks, for instance, through use of self-insurance devices such as tranching continue despite the failure of tranching to protect investors from prepayment risk in the early 1990s and default risk in 2008. The failure of the private mortgage insurance companies in the aftermath of 2008 as well as the Great Depression also seems to be fading from memory.

One of your papers looks at how MBS issuers convinced investors that they were bonds. Can you share your findings from this study?

In the 1970s and 1980s, MBS issuers succeeded in changing the definition of a bond to include securities that exposed investors to prepayment risk, made variable monthly payments of principal and interest, and did not constitute debt obligations of their issuers. Through my research, I found that such an expanded definition allowed MBS issuers to sell their products to a much wider range of investors than the individuals and institutions who were willing to invest in mortgages directly.

Your study also revealed that it is extremely difficult to find a physical record or prospectus of some of the 30-year MBS. What do you suggest to ease the availability of these records?

What are some of the issues that are likely to impact the housing market moving forward?

The relationship between wages and housing prices will continue to affect the housing market. The failure of real incomes to keep pace with housing inflation puts housing further out of reach of many wage earners. One major cause of the 2008 mortgage crisis was that the lenders bridged this gap with mortgage loans that the borrowers could not afford to pay off. As the housing prices are exceeding the pre-2008 levels, it is worthwhile to keep an eye on how the mortgage lenders bridge the gap between wages and housing prices going forward.

You’re currently working on a research that looks at the history of mortgage ownership recording. What are your preliminary findings?

My study covers the evolution of the land ownership-recording system in the U.S. from the 1630s colonial recording statutes through four major changes to the system: the introduction of title abstracting in 1840s, title insurance in the 1870s, Torrens registration in the 1890s, and the Mortgage Electronic Registration System (MERS) in the 1990s. The paper investigates why these efforts failed to improve the public recordkeeping quality, with a particular focus on MERS. My analysis suggests that the choices made early in the development of the land ownership-recording system hindered subsequent reform efforts. These choices include the voluntary recording of real estate transactions, the fragmentation of public records, as well as of the legal and regulatory regimes governing the system.

Which factors are likely to cause the next housing bubble?

There are three factors that are likely to cause the next housing bubble—liquidity in the system, lack of transparency both within and across the institutions, and, finally, the governance of the institutions. The liquidity comes in part from the quantitative easing policies adopted to ease the aftermath of the 2008 crisis. These policies created a situation of too much money chasing too few assets—a key prerequisite to a housing bubble. There has been a failure in the aftermath of the 2008 crisis to remedy one of the fundamental causes of the crises—a lack of transparency about who owns what assets. Such lack of transparency means that instead of relying on information both regulators and financial institutions have to base their decisions on educated guesses as to who owns what. These educated guesses translate into governance problems. Most people frame the fact that some of these institutions are “too big to fail” as an incentive problem. An issue that does not get enough attention is that “too big to fail” is a governance issue—these institutions are too big to be governed effectively, not just by the external regulators but by the internal top management teams.