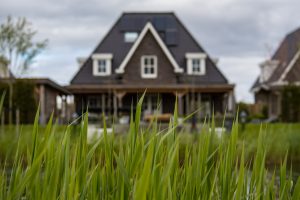 The forbearance rate during the early part of the COVID-19 pandemic was roughly identical to the rate recorded during the devastating 2017 hurricane season that ravaged regions throughout the Gulf Coast and Atlantic Coast, according to new research published by Freddie Mac.

During the pre-pandemic period of January 2019 to February 2020, the forbearance rate was a scant 0.09%. However, this increased to 5.6% from March to June, when the economy screeched to a halt during the pandemic’s early months. Mortgage forbearance reached a peak in May with more than 4 million mortgages in forbearance, or approximately 8% of outstanding mortgages and $1 trillion in mortgage debt; Freddie Mac concluded that homeowners have delayed about $4 billion in mortgage payments each month through forbearance.

However, the early pandemic forbearance rate was slightly lower than the 5.8% recorded from August 2017 to December 2017, when Hurricanes Harvey, Irma and Maria wreaked havoc. Three years ago, the financial stress was strictly regional, whereas this year the stress is nationwide.

“Mortgage forbearance provides liquidity to households and plays a vital role in mitigating the damage to homeowners during times of crisis whether it be a hurricane, wildfire, or health epidemic,” said Sam Khater, Freddie Mac’s Chief Economist.

“Research on this topic is important because it will help us prepare for the next several months as we continue to navigate the COVID-19 pandemic, and beyond.”