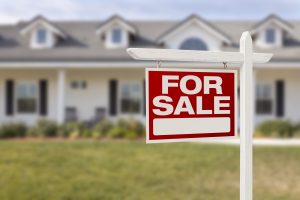 Median sales prices were reported to be $336,000 nationwide in October, a month where the national housing supply dropped 12.7% from September to the fifth-lowest level in the 14-year history of RE/MAX’s National Housing Report. The 1.3 months’ supply of inventory recorded in October tied for second lowest in Report history, alongside July and August of this year.

"We're seeing the effects of a long, sustained run-up in prices and month-over-month home sales and the market may be moving past the days of immediate sales, multiple offers and bidding wars on virtually every property," said Nick Bailey, President of RE/MAX. "That's OK. The October dip in sales, especially after such a busy September, is a step toward a more balanced market, and was somewhat overdue.”

With just about six weeks of home sales remaining in 2021, the fall season has been typical of this time of year, unlike the previous year. However, a lack of inventory is magnified among the still-high demand. For example, the drop in home sales of 6.4% from September was nearly twice the 2015-2019 average decline of 3.3%. Year over year, sales were down 10.2%.

Reflecting both the number of homes listed and the speed of which they are being sold, the 12.7% month-over-month drop in active inventory was more than double the 2015-2019 September-to-October average decline of 5.3%. Inventory was down 28% year-over-year and has declined month over month in all but June and July this year.

"Home buyers may see some relief in price appreciation during the coming months, even as sales levels stay high,” said Bailey. “Sellers remain in a very strong position, but with price stabilization and the continuation of competitive interest rates, buyers may find the coming months to be more advantageous than anytime earlier this year."

Closed transactions
Of the 51 metro areas surveyed in October 2021 by RE/MAX in October, the overall average number of home sales was down 6.4% compared to September 2021, and down 10.2% year-over-year. The markets with the biggest decrease in year-over-year sales percentage were:

Days on market
The average number of days on the market (defined as the number of days between when a home is first listed in an MLS and a sales contract is signed) for homes sold in October 2021 was 27, up one day from the average in September 2021, and down 11 days year-over-year. The metro areas with the lowest days on Market were:

The metros with the highest number of days on the market averages were found in:

Housing inventory
The number of homes for sale in October 2021 was down 12.7% from September, and down 28% year-over-year. There were no metro areas that reported a months’ supply at or over six months, which is typically considered a buyer's market. The markets with the lowest months’ supply of inventory were found in Albuquerque, New Mexico; Raleigh-Durham, North Carolina; and Seattle, all reporting a supply of 0.6.

Previous: Balance to Return to the Housing Market?
Next: DS5: How Freddie Mac Is Aiding Servicer Efficiency With PAID