The Rise of Remodeling 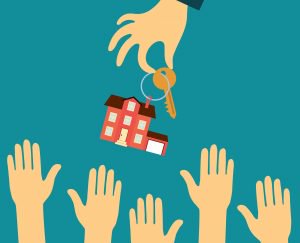 Homeowners are spending more and more on remodeling, according to a recent report from BuildFax. The BuildFax October Housing Health Report found that the rate of remodeling spending increased by 16.57 percent year over year, despite a drop in remodel volume by 4.21 percent in that same time. BuildFax notes that the increased spending and decreased volume may be due to homeowners feeling “locked in” to their homes, hesitant to re-enter the housing market.

“Home prices are outpacing wage growth substantially,” said BuildFax CEO Holly Tachovsky. “These affordability concerns are compounded by mounting mortgage rates and rising construction costs. As a result, homeowners, unable to re-enter the housing market, are reinvesting in their existing properties. The increase in remodel spend suggests the scope of these projects has risen, despite seeing a dip in remodel volume. Homeowners may feel unprepared to enter the housing market, but they are making larger investments in the health of their existing property.”

Speaking to DS News about the impact of rising rates on the overall market, Rocky Stubbs, SVP, Direct Lending, Flagstar Bank, also notes the increased amount of homeowners staying put rather than moving out, increasing remodeling spending. “We’re entering the most challenging part of the cycle,” Stubbs said. “Some first-time homebuyers may no longer qualify. And existing homeowners looking to upgrade but have locked into low rates now have the incentive to stay put and remodel rather than trade up.”