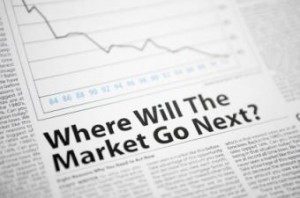 According to First American Financial Corporation, the housing market strengthened on a modest basis in October saying that strong demand continues to push the market upwards.

First American, a company which offers title insurance, settlement services, and risk solutions for real estate transactions, released its Potential Home Sales Model for the month of October which "measures what the healthy market level of home sales should be based on economic, demographic, and housing market fundamentals.”

The new report found that potential existing-home sales increased to a 6.27 million seasonally adjusted annualized rate, a 0.1% month-over-month increase. This equates to a 79.8% increase from the market potential low point reached in February 1993.

When compared to a year ago, the market potential for existing-home sales increased 10.3%, a gain of nearly 584,000 sales, which are also seasonally adjusted.

The report also found that the current potential existing-home sales is 522,000 million, or 7.7 percent below the pre-recession peak of market potential, which occurred in April 2006.

“In September 2021, existing-home sales increased to a 6.29 million seasonally adjusted annualized rate (SAAR). Prior to the pandemic, the housing market had not reached this sales pace since 2006,” said Mark Fleming, Chief Economist at First American. “We may see another strong month in October, as housing market potential increased 10.3% compared with one year ago to 6.27 million (SAAR), according to our measure of the market potential for existing-home sales.”

“As we approach the final weeks of the year, it’s important to reflect on how the housing market has performed,” said Fleming. “Analyzing the individual economic forces that have driven the continued growth of market potential for existing-home sales can provide insight into how the housing market may fare in 2022.”

In yet another sign that the real estate market remains hot, the market for existing-home sales outperformed its potential by 8.4% or an estimated 525,000 sales. This is an increase of 52,000 sales since September.

According to Fleming, only one trend is holding market potential back: lack of existing inventory.

On the other hand, a number of positive trends are pushing up market potential including:

Credit Standards Loosened: “When lending standards are tight, fewer people can qualify for a mortgage to buy a home, thus they are more likely to stay in their current home, limiting the supply of homes for sale. When the pandemic hit, lenders tightened their lending criteria to account for the greater likelihood of forbearance and delinquency,” said Fleming. “Since the peak of the pandemic in the spring of 2020, lending standards have bounced around but, ultimately, trended toward looser conditions. In October, credit loosened compared with one year ago as the economy continued to improve and lender confidence increased. Loosening credit conditions increased housing market potential by approximately 331,000 potential home sales compared with one year ago.”

Historic House Price Appreciation: “As homeowners gain equity in their homes, they may be more likely to consider using the equity to purchase a larger or more attractive home,” said Fleming. “The historic imbalance in housing supply relative to demand over the last year fueled faster house price appreciation, which increased housing market potential by nearly 223,000 potential home sales in October compared with one year ago.”

To view the report in its entirety, click here.