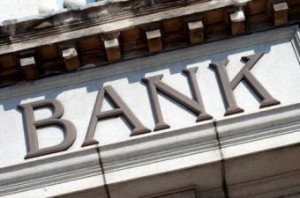 RewardExpert.com [1] recently analyzed consumer data in an attempt to answer a question: what are the best banks in the country—and does the bank’s location play a role in its customers’ overall satisfaction?

Working from a compilation of consumer complaint data from the Consumer Financial Protection Bureau (CFPB), RewardExpert divided the complaints into four categories: bank accounts, credit cards, mortgages, and loans. As their blog post [2] explains, “Knowing full well that the answer would vary from place to place, we organized the data geographically using regions defined by the first three-digit zip code. Using GIS software to visualize this data as a map we noticed more geographical patterns and disparities than we expected to find.”

The banks that stood out as having the fewest consumer complaints were all smaller, regional banks, each with assets somewhere between $14 billion and $80 billion.

First up is the Arkansas-based Bank of the Ozarks (assets of $20 billion), which must be doing something right have one one recorded consumer complaint.

Next in line is CIBC USA ($22 billion in assets), a U.S. subsidiary of the Canadian Imperial Bank of Commerce. CIBC had only 14 complaints filed with the CFPB—eight regarding mortgages and six pertaining to checking and savings accounts.

Third is Cathay Bank, a Chinese-American bank based out of Los Angeles ($14 billion in assets). Of the 13 complaints on file for Cathay Bank, eight were related to checking or savings accounts and five pertained to mortgage loans.

With assets of $80 billion, First Republic Bank boasts the most assets of any bank in the RewardExpert’s top five, but still maintained a relatively low level of consumer complaints at only 51.

The top five rounds out with another Canadian-owned bank. Headquartered in Los Angeles and owned by the Royal Bank of Canada, City National Bank received 44 complaints about bank accounts and mortgage loans, and only two related to credit cards, for a grand total of 46.

You can see RewardExpert’s full national ranking of banks by clicking here [3], and you can read all about their methodology and their picks for the worst banks here [2].